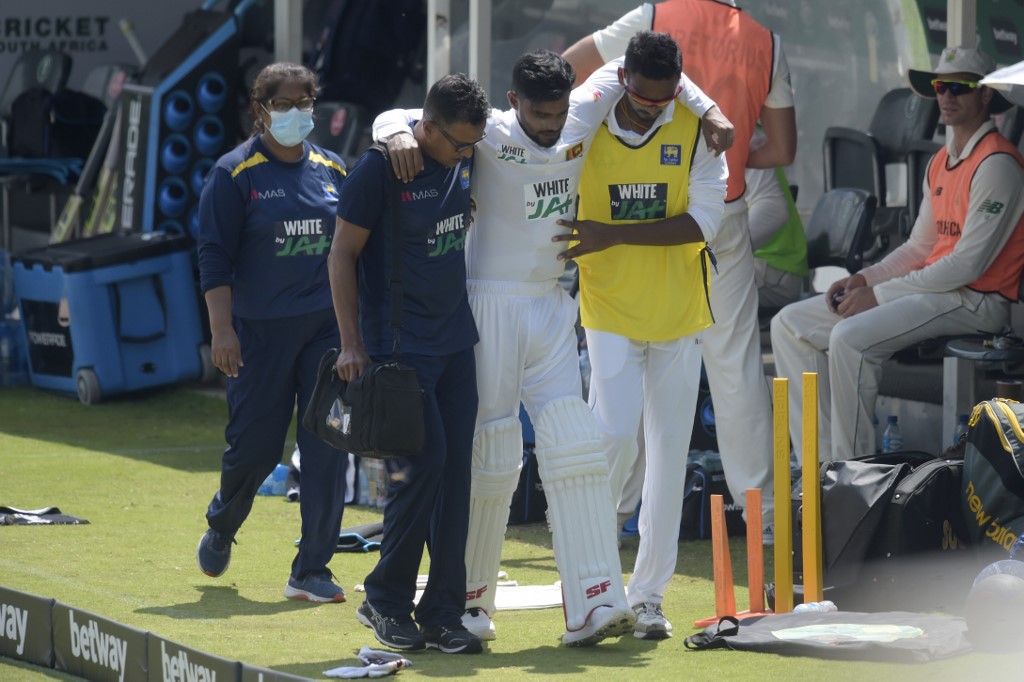 Sri Lanka's Dhananjaya de Silva (C) is helped off the field by medical staff after being injured during the first day of the first Test cricket match between South Africa and Sri Lanka at SuperSport Park in Centurion on December 26, 2020.

CENTURION - Sri Lanka batsman Dhananjaya de Silva, who scored 79 on the first day of the first Test against Proteas, is likely to miss the rest of the two-match series through injury.

Sri Lanka Cricket said on Sunday that de Silva will need about two weeks to recover from the thigh injury which would rule him out of the second and final Test starting January 3 at the Wanderers Stadium in Johannesburg.

De Silva led a Sri Lanka revival before being forced off the field at the Centurion on Sunday.

At stumps on the first day, Sri Lanka had scored 340-6, having recovered from 54-3 at one stage, with skipper Dinesh Chandimal hitting a top score of 85.

A board statement said de Silva suffered a "thigh strain" while batting and "will not be able to play for about two weeks".

"The player has sustained a grade two tear on his thigh."