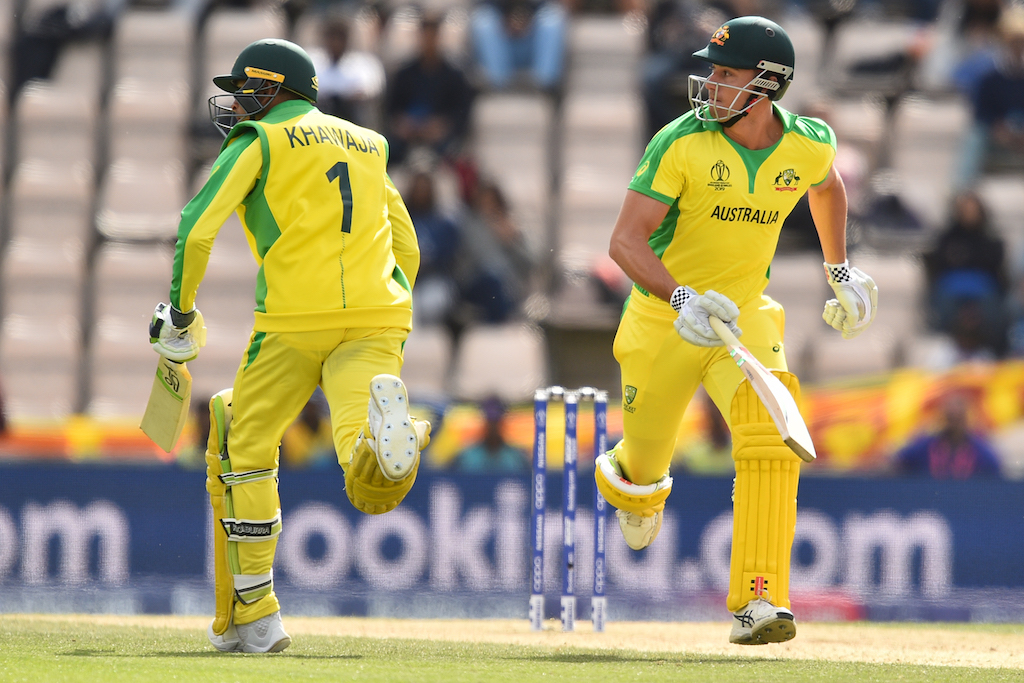 Australia's Usman Khawaja (L) and Australia's Marcus Stoinis (R) take a run during the 2019 Cricket World Cup warm up match at the Rose Bowl in Southampton, southern England, on 27 May 2019.

MANCHESTER - Injury-hit Australia have called up Matthew Wade and Mitch Marsh to their World Cup squad as cover for Usman Khawaja and Marcus Stoinis.

Stoinis was also hampered by a side complaint, an issue which had already sidelined the all-rounder for two group stage matches.

With reigning champions Australia due to play England in the semi-finals at Edgbaston on Thursday, Wade and Marsh have been added to the squad.

Marsh links up with the group for a second time as cover for Stoinis, who missed Australia's wins over Pakistan and Sri Lanka before returning against Bangladesh.

Both Khawaja and Stoinis will undergo scans on their injuries but, in the meantime, Wade and Marsh will leave the Australia A group currently in Sussex, southern England.

Australia captain Aaron Finch admitted Khawaja was unlikely to recover in time for the rest of the tournament when he spoke after the South Africa defeat -- a result that cost his side first place in the 10-team group stage.

"The injury setbacks to Usman Khawaja (hamstring) and Marcus Stoinis (side) suffered in Australia's dramatic loss to South Africa in Manchester has seen the selectors draft in Wade and Marsh.

"They left Brighton this morning for Birmingham, the destination of Australia's blockbuster semi-final show with tournament hosts England on Thursday.

"Both Khawaja and Stoinis are set to undergo scans today before their future in the World Cup is determined, with both players still officially a part of Australia's 15-man Cup squad at this stage.

"However, it appears Khawaja's hamstring injury looks likely to rule the left-hander out for the rest of Australia's campaign."