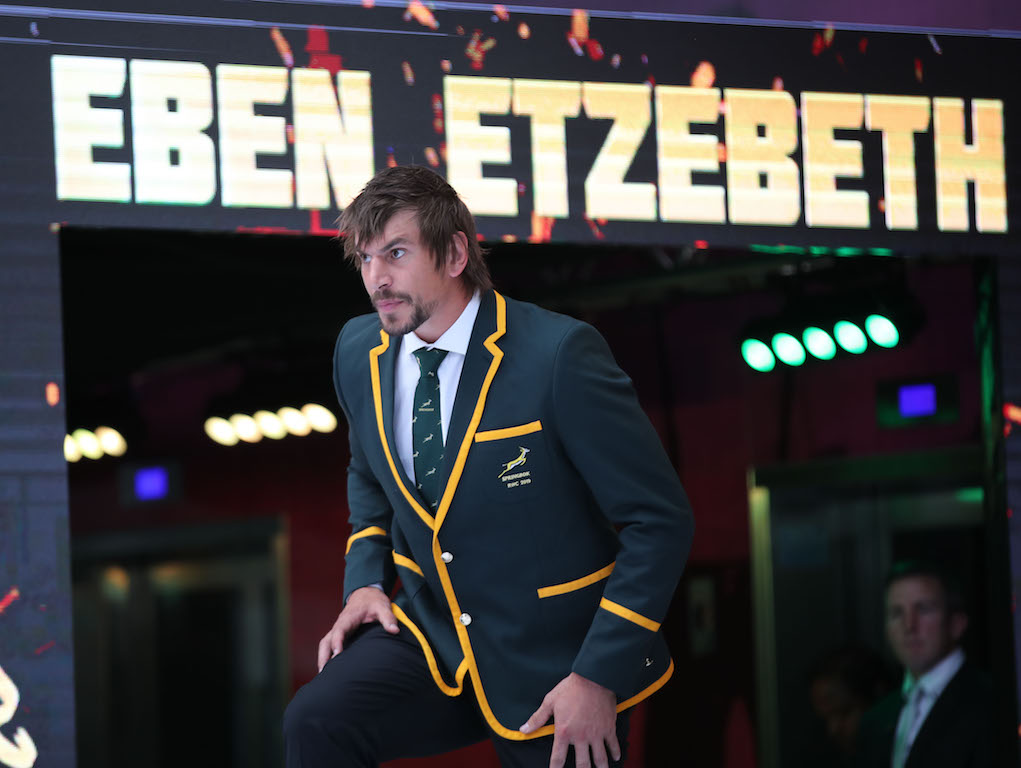 JOHANNESBURG- South African World Cup winner Eben Etzebeth has been cleared in an internal investigation of racism and assault charges levelled against him last year, local media said on Sunday.

The 28-year-old Springbok allegedly used racist slurs against four men in the town of Langebaan, about 120 kilometres (74 miles) north of Cape Town.

He was also charged with assault after allegedly insulting, assaulting and pointing a gun at a 42-year-old homeless man.

But an internally-commissioned probe led by a former judge, concluded that there were no grounds to proceed with the case against the Springbok lock, Rapport newspaper said.

SA Rugby spokesman refused to give details of the probe citing employer-employee confidentiality.

"The independent investigation was conducted and the case is now closed from SA Rugby's perspective," the spokesman told AFP.

The complainants have filed a case against Etzebeth and want financial compensation of more than one million rand ($59,000) for damages.

They also want Etzebeth to undergo a restorative process which includes an apology, anger management training and community service in Langebaan.

The 82-Test lock has maintained his innocence.

His lawyer André Calitz told the newspaper that the investigation outcome "is just further confirmation of his innocence. Eben was not at any stage guilty of slander or assault".

WATCH: SAHRC maintains it has evidence on Etzebeth

The South African Human Rights Commission (SAHRC) has formally lodged an application against him in the Equality Court.

SAHRC's chairman Bongani Majola told AFP its case against Etzebeth "is still on and expected to see its day in court".

"The clearance by SA Rugby has no impact on the two legal challenges ... which he still has to face and answer to," said Majola.

Etzebeth is currently on the books of French Top 14 side Toulon having arrived at the three-time European champions in December 2019 having featured in the Springboks' World Cup triumph in Japan.