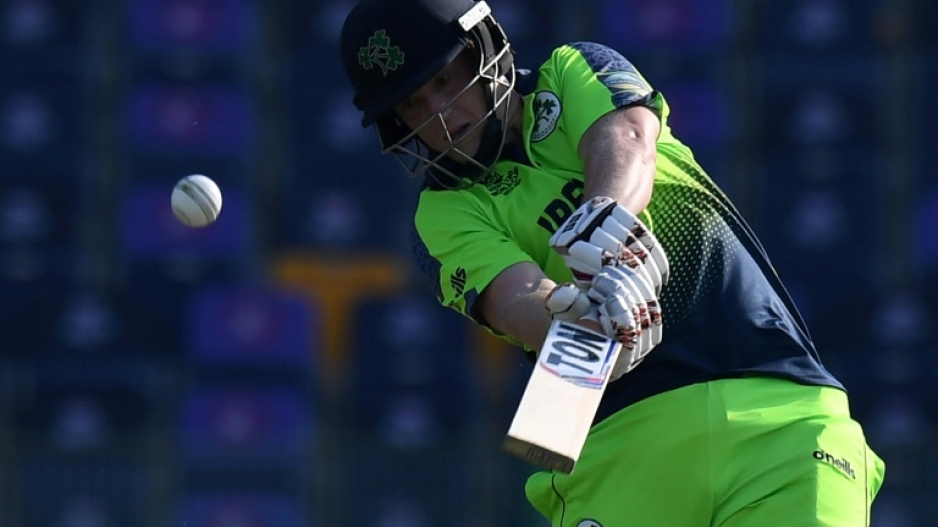 DUBLIN  - Ireland all-rounder Kevin O'Brien announced his retirement from international cricket after falling out of contention for this year's T20 World Cup in Australia.

O'Brien played three Tests, 153 one-day internationals and 110 T20 internationals during a 16-year international career and had spells with a number of English county clubs and T20 franchise sides around the world.

The 38-year-old famously blasted the Irish to victory over England in a 2011 World Cup group match in India with a 50-ball century -- still the tournament's quickest.

The Dubliner scored 9,048 runs in total for Ireland, including the country's first Test hundred, a second-innings knock of 118 against Pakistan in 2018, and took 276 wickets.

In a statement on Twitter, O'Brien, who for many years played alongside older brother Niall, said: "Today I announce my retirement from international cricket after 16 years and 389 caps for my country.

"I had hoped to finish my career at the T20 World Cup in Australia, but having not been picked for the Irish squad since last year's World Cup, I feel the selectors and management are looking elsewhere.

"I have enjoyed every minute playing for Ireland, have made many friends off the pitch and I have so many happy memories to remember from my time playing for the national side."

Ireland captain Andrew Balbirnie said he was "lucky" to have played with O'Brien.

"Cricket in this country owes a lot to what Kev achieved on and off the field and he has left the game in a better place," he said.

O'Brien has signalled his intention to develop his coaching career.

"I want to continue to grow my own coaching academy here in Ireland and I have some exciting opportunities coming up in the near future," he said.

"I also want to continue to gain coaching experience overseas and hopefully will have more opportunities with some international and professional sides in the near future."

Andrew White, chairman of national men's selectors, said: "It's hard to put into words the impact that Kevin has had on our game in Ireland.

"Through all the amazing and defining moments over the last 16 years he played an integral part and on plenty of occasions the lead role."