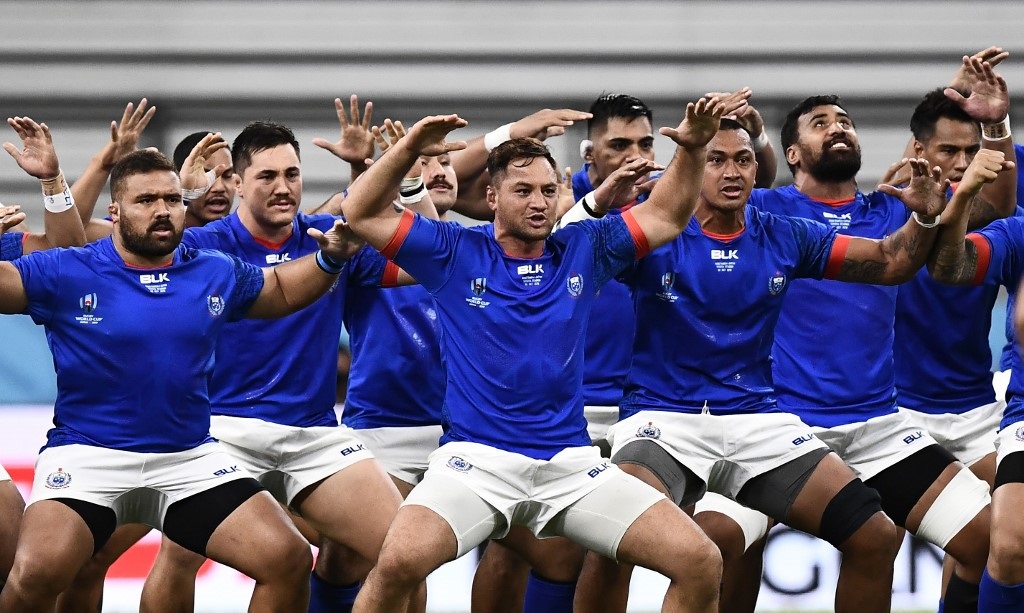 Samoa's players perform the Sipi Tau before the Japan 2019 Rugby World Cup Pool A match between Japan and Samoa at the City of Toyota Stadium in Toyota City on October 5, 2019.

What was meant to be a feast of action on Saturday has been reduced to just a single match as only the clash between Ireland and Samoa has managed to avoid being cancelled as a result of the typhoon making its presence known in Japan.

The match in Fukuoka sees Pool A draw to a close with Ireland expected to get the job done against a Samoan side who only have a win over Russia to their name in this tournament.

There have been six meetings between these sides but you have to go back to 2013 for the last encounter between them. Ireland have won five and only slipped up when thumped back in 1996. In reality, Samoa have never really been a match for the men from the Emerald Isle. Their latest encounter ended 40-9, a points difference of 31.

The First Half Winning Margin sees Ireland by 15+ at evens while Ireland by 8-14 looks a good bet at 3/1. Historically, matches between these two have been fairly close contests for the first 40 minutes before the floodgates open in the second half.

The numbers backers can take 9/10 either way if they feel the match totals might end as an odd or even number.

Ireland, hovering near the top of the World Rugby rankings should prove to be too much for Samoa and this seems a nice match to lift the confidence ahead of next week’s quarter-finals here.

For a full range of betting available on this match then click here.