Jacobs to return to 100m at Stockholm Diamond League 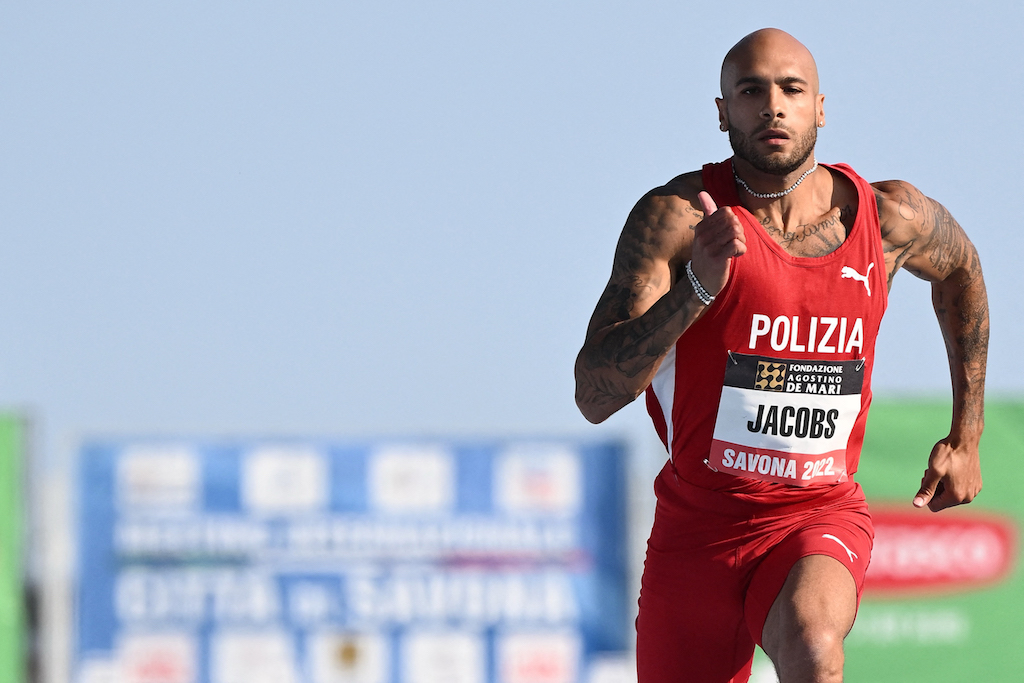 FIDAL cited event organisers in announcing that he has signed up for the Swedish event which takes place on June 30, two weeks before the start of the world championships.

Jacobs' camp then confirmed his participation to AFP.

The Italian "has gradually recovered from the muscle injury which forced him to drop out of the Eugene, Rome and Oslo Diamond League meetings", FIDAL's statement said.

FIDAL also said that Jacobs could yet take part in this weekend's Italian championships in Rieti, where he is scheduled to race the 100m on Saturday but not sure to take part.

Jacobs, a shock gold winner at the Tokyo Olympics last year, has only raced the 100m twice since his stunning triumph in Japan, both underwhelming runs at a meeting in Savona last month.

He picked up his injury at that low-key meeting on the Italian Riviera, and Jacobs had previously suggested that he might not be able to compete before the worlds held in Eugene, Oregon between July 15-24.

Jacobs made that announcement while sitting out of the Rome Diamond League a fortnight ago, allowing Fred Kerley to cruise to victory at the Stadio Olimpico.

He also had to pull out of an event in Nairobi last month with intestinal problems, missing another chance to take on Kerley after pipping the American to gold in Tokyo.