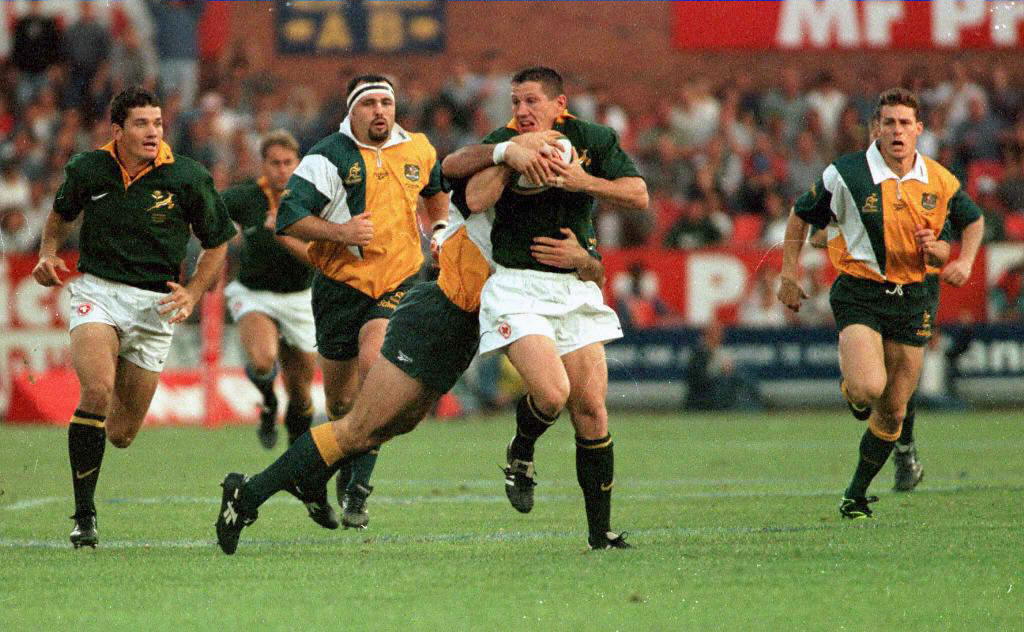 File: South Africa's Springboks James Small evades a tackle while he clutches the ball during the Tri-Nations test in Pretoria 23 August. Australia suffered a 61-22 defeat.

JOHANNESBURG - Former Springboks wing James Small will be laid to rest on Thursday.

Small died suddenly from a heart attack at the age of 50 last week.

The funeral will take place at The Deck at the Wanderers Club in Johannesburg, starting at 2pm.

Small made his debut for the Springboks against New Zealand in Johannesburg in 1992 and played in 47 Tests until 1997.

“James, as a member of the triumphant Rugby World Cup squad from 1995, will always have a special place in the hearts and minds of the South African public and we were devastated to hear of his passing,” said President of SA Rugby Mark Alexander.

“He always played with the type of passion and courage that encapsulate what Springbok rugby stands for, and he lived his life in the same way.