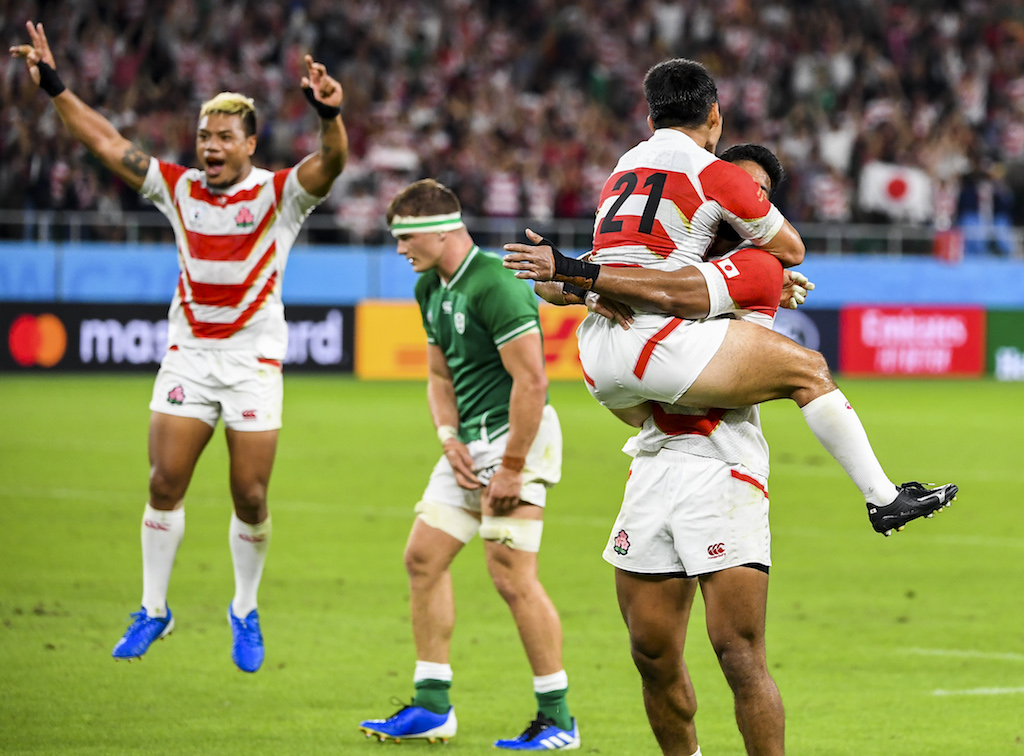 Japan players celebrate victory at the end of the Japan 2019 Rugby World Cup Pool A match between Japan and Ireland at the Shizuoka Stadium Ecopa in Shizuoka on September 28, 2019.

In two Rugby World Cup tournaments in succession, Japan have shown that they have the potential to be taken seriously as a top tier Test playing outfit.

Having shocked the world in 2015 when beating the Springboks the home nation followed up at their own tournament with a historic win over Ireland to blow Pool A wide open.

The home team should keep their winning run going when they take on Samoa in Toyota City on Saturday. At least that’s what the 1/11 available on Japan is telling us while the Samoans, who are in theory not totally out of the tournament just yet, are at 9/1.

It’s been four years since these teams last met and on that occasion it was Japan who came out on top in a 26-5 victory. There’s been something of a swing in momentum in recent years towards the Japanese as they also won when the sides met in 2014. Before that they had suffered three straight losses.

Overall the record reads in favour of Samoa who have won 11 of 15 meetings and while Japan only have the four victories to show for it, it is their ability to beat the world’s top nations that gives them the edge for this encounter.

If you feel that either team will win both halves you can get 5/10 on a positive response and 12/10 if you don’t think it will happen.

Japan find themselves in a position where they might top the pool at the end of the group stage, a huge moment for one of rugby’s fledgling teams who have demonstrated serious tenacity to compete with the big sides in recent years. Expect them to come out with a clear focus on securing the victory.