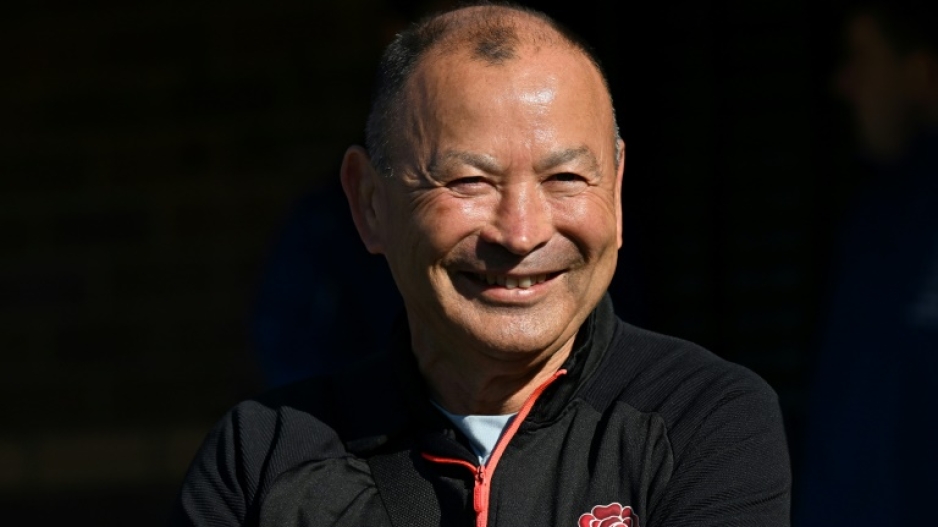 LONDON - England coach Eddie Jones said referees had to be treated with respect as his team prepared to face a South Africa side who will be without Rassie Erasmus at Twickenham.

Erasmus, the Springboks director of rugby, will complete a two-game matchday ban on Saturday after publishing a series of tweets that appeared to mock decisions made by officials during the Autumn Nations Series.

Experienced English referee Wayne Barnes, who oversaw South Africa's 30-26 defeat by France in Marseille this month, received threats on social media after comments by Erasmus, the man behind the Springboks' 2019 World Cup triumph.

Erasmus had only just returned from a year-long suspension following his infamous hour-long video criticising referee Nic Berry's performance during the 2021 tour by the British and Irish Lions.

Jones refused to criticise Erasmus' conduct directly, with the veteran Australian coach, known for making outspoken comments during a lengthy career, accepting his record was far from flawless.

"I'm not perfect," he said. "I've said things that probably haven't been right but the longer I've coached the more I accept we've got to look after the referees.

"In Queensland that's a lot of money and I had to pay it myself because the union didn't pay it for me."

"To me it's simple. There's the game, play the game, the referee's in charge, if he makes mistakes let's accept it. If we don't want a contest let's play basketball."

Jones suggested Erasmus' comments could be a way to create a siege mentality that would aid the Springboks' "motivation" ahead of defending a World Cup title won with a decisive 32-12 victory over England in a Yokohama final three years ago.

But the teams' most recent meeting was a far closer contest, England edging the Springboks 27-26 at Twickenham last year.

Jones has revamped his front row, recalling prop Mako Vunipola and hooker Jamie George after they starred off the bench as England came from 19 points behind in the closing 10 minutes of last weekend's dramatic 25-25 draw with New Zealand at Twickenham.

England launched their November programme with a narrow 30-29 loss to Argentina before thrashing Japan, another of their pool rivals at next year's World Cup in France, 52-13 prior to sharing the spoils with the All Blacks.

Jones said playing the Springboks would be a "completely different game".

"We've got to meet the challenge of them coming through the front door," he added ahead of England's last match of 2022.