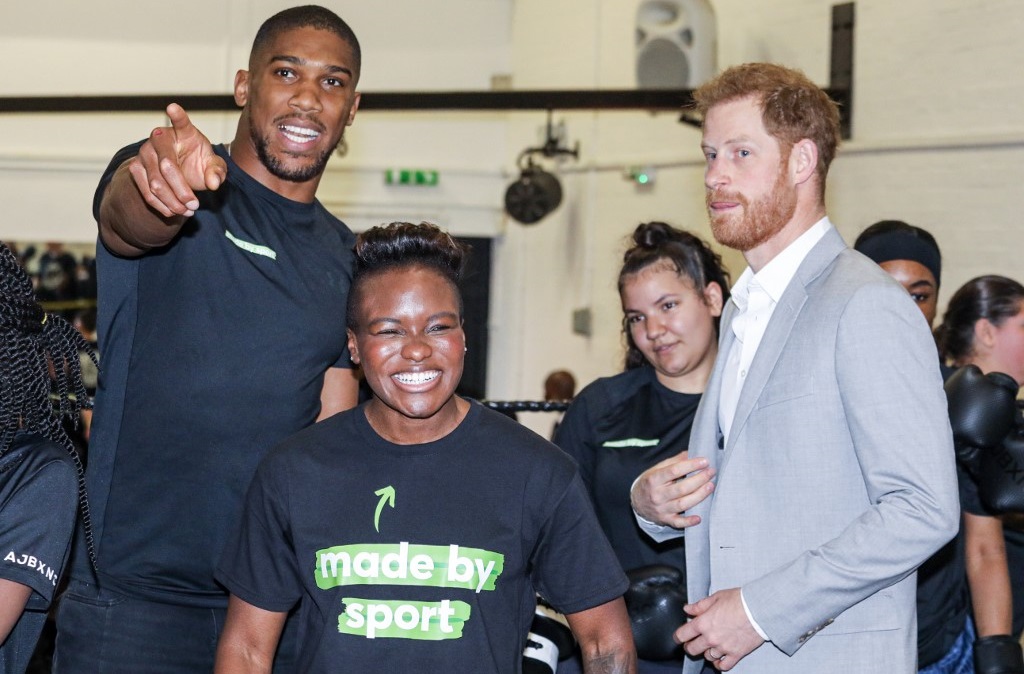 Britain's Prince Harry, Duke of Sussex (back-R) and British boxer Anthony Joshua (back-L) pose with trainee boxers during the launch of Made by Sport.

Joshua suffered the first defeat of his professional career against Ruiz, surrendering his WBA, IBF and WBO world titles.

Now the 29-year-old has revealed he wants to add new members to his backroom team ahead of his training for the rematch with Ruiz in a bid to restore his enthusiasm.

"I need to be around as many boxing people as possible because right now I need to soak in the experience and knowledge and get that passion back," he told Sky Sports on Tuesday.

The Briton's seventh-round stoppage by Ruiz on June 1 was a shock for the formerly unbeaten heavyweight champion, but he believes he can win the rematch later this year.

"It's a fight I know I can win and that's what makes it important," Joshua said.

"I'm going straight for the titles, there's Ruiz and he's got what I want, the titles, so let's get it on."

The first fight took place at Madison Square Garden in New York, but his promoter wants the rematch to take place in Cardiff at the Principality Stadium and has ruled out a return to America.

"It doesn't matter to me where it is. I don't mind fighting in America, I've done it before," Joshua said.

"I would love it to be in Cardiff but it's going to be on neutral ground, Ruiz is the champ so he will make some calls in that situation but I'm going to battle for it to be in the UK because it's my stomping ground."

Other News - Ruiz vs Joshua 2