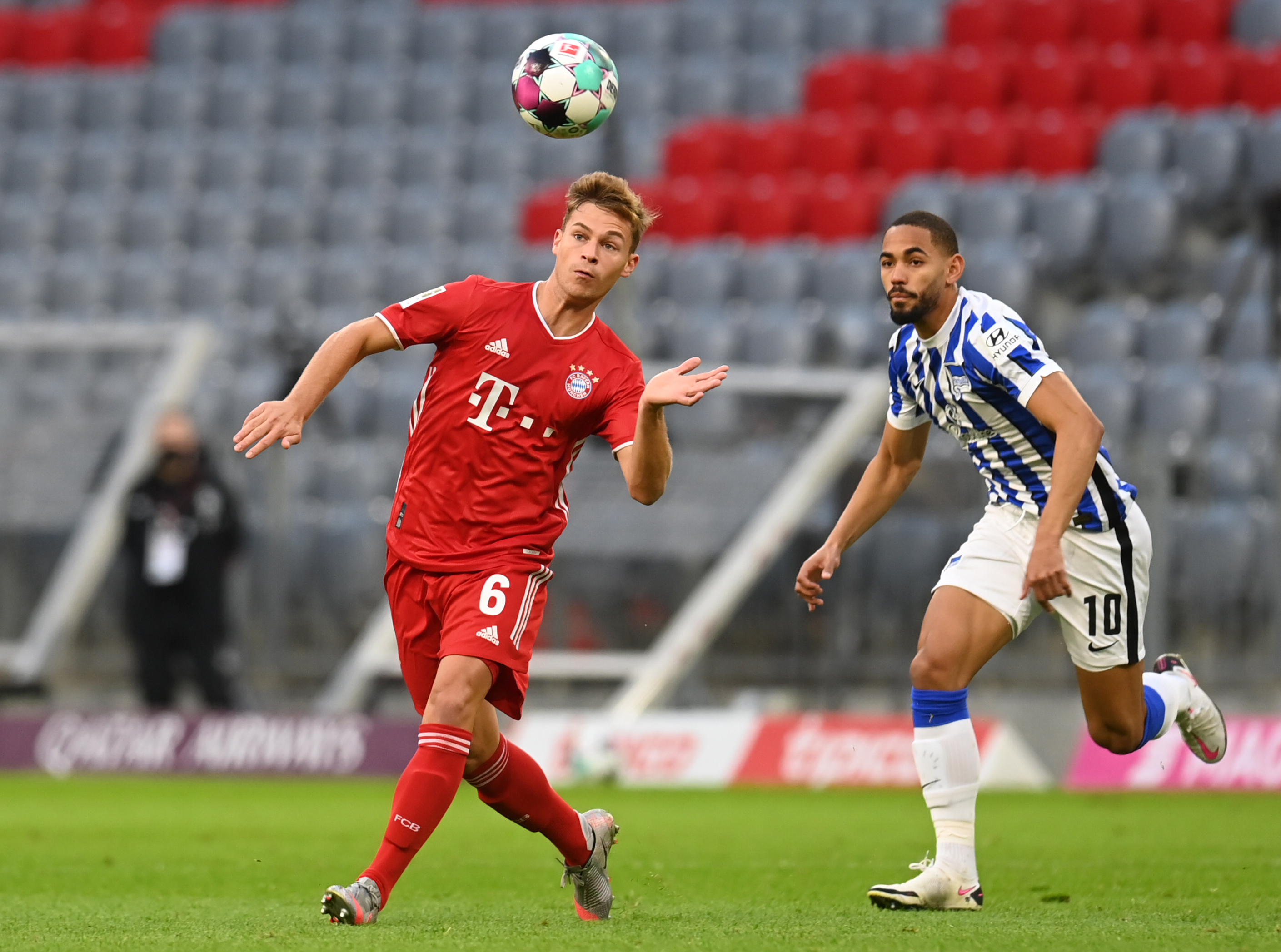 BERLIN - With Bastian Schweinsteiger as his role model, Joshua Kimmich is following in his idol's footsteps at Bayern Munich by becoming the driving force of the European champions.

Kimmich will be at the heart of Bayern's midfield on Tuesday when they make the trip over the Alps to face Red Bull Salzburg in the Champions League.

Kimmich has evolved from a right-back into an uncompromising defensive midfielder, whose full-blooded challenges often win back possession to counter-attack.

On Saturday, in typical fashion, Kimmich robbed Cologne midfielder Ellyes Skhiri of the ball with expert timing and then launched the break which resulted in a Serge Gnabry goal as Bayern earned a 2-1 win and moved top of the Bundesliga.

After Bayern conceded an equaliser at Lokomotiv Moscow last Tuesday, it was Kimmich who stepped up and hit the second-half winner from outside the area.

"His mentality is very special. He is well on his way to being one of the players that shape this club," said Flick after Kimmich scored the winner in September's German Super Cup triumph over Dortmund.

The 25-year-old recently became a father for the second time.

He has grown into a household name in Germany -- confirmed when Berlin's Madame Tussauds announced in June that a wax statue of Kimmich will feature in their football section next year.

He has the innocent looks of a choirboy, yet Kimmich can frequently be seen barking orders at his Bayern team-mates.

- 'Qualities to be anything' -

"I have to expect he'll be angry," Flick admitted. "He always wants to be on the pitch."

Flick is not the only top-level coach to marvel at Kimmich.

Both Pep Guardiola and Jose Mourinho have waxed lyrical about the Germany international.

Tottenham boss Mourinho believes Kimmich has the talent to play in any position.

Kimmich, a product of Stuttgart's academy, thought his agent was joking when Bayern enquired about signing him from his former club Leipzig in 2015.

After the transfer was completed, Kimmich demanded to know why Bayern wanted to sign him -- it was because then head coach Guardiola wanted him.

Kimmich is one of the first names on Flick's teamsheet whether at right-back or his preferred position in defensive midfield.

He showed his versatility last season, reverting to right-back for the knockout stages of the Champions League in Lisbon after injury to Benjamin Pavard.

Kimmich was in the thick of the action in the historic 8-2 drubbing of Barcelona.

He fired in a cross for Thomas Mueller's goal, then unleashed a primal scream in celebration after tapping home Alphonso Davies' final pass with Barca's defence shredded.

His performances in Portugal contributed to Kimmich being named the top Champions League defender for the 2019/20 campaign as Bayern lifted the trophy.

Kimmich believes a lot of his success comes down to his mentality, which is something he tried to learn by watching one of his heroes while growing up.

"When I was younger, I did try to copy a lot of what he (Schweinsteiger) did," Kimmich, who played with the long-time Bayern midfielder for Germany, told the club's YouTube channel.

"He was always someone who led the way by bringing his own mentality to the table.

"For me, that was best shown in the (2014) World Cup final," when Schweinsteiger soaked up everything the Argentina midfield threw at him in a magnificent display.

Kimmich has won five straight Bundesliga titles with Bayern and with three more years currently left on his contract, he could well match Schweinsteiger's tally of eight.