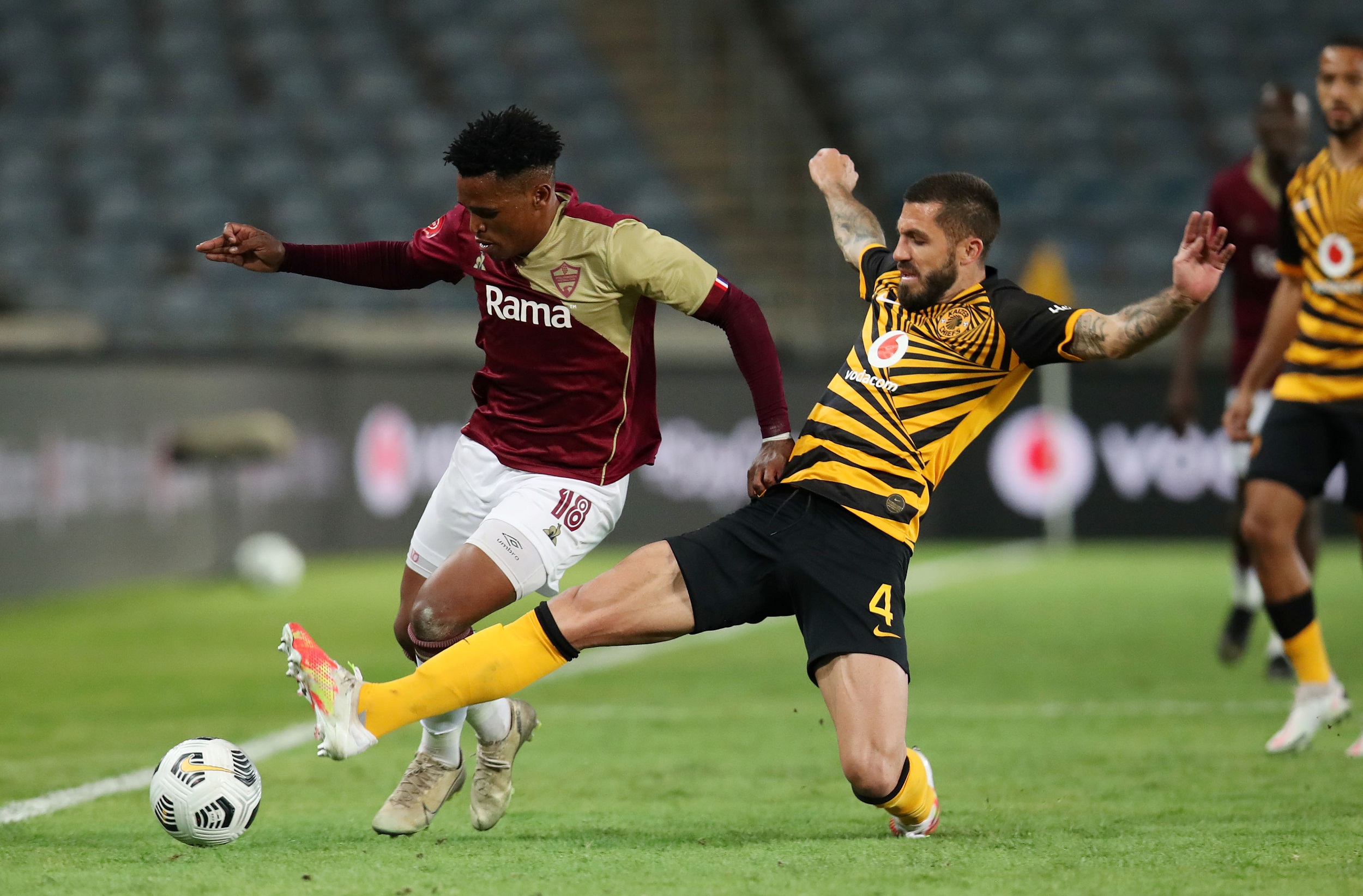 The forward controlled a cross with his chest and pushed the ball past captain and goalkeeper Lee Langeveldt on 69 minutes to cancel a first-half goal by Leletu Skelem at Orlando Stadium.

Skelem nodded a cross wide of Nigerian goalkeeper Daniel Akpeyi on 35 minutes after the quick breakaway to give the mid-table club from the Cape province a shock lead.

Kambole has struggled since joining Soweto-based Chiefs from Zambian club Zesco United in mid-2019 and rarely makes the starting line-up.

He came on at half-time against Stellenbosch and German coach Ernst Middendorp must hope that his maiden goal will bring a change of fortunes.

Kambole created a CAF Champions League record for the fastest hat-trick in a 2018 group match, bagging three goals in five minutes for Zesco against Mbabane Swallows in eSwatini.

The draw lifted Chiefs to 53 points from 26 matches, six more than defending champions Mamelodi Sundowns, who have a match in hand.

Sundowns face Golden Arrows in Pretoria Monday hoping for a first win in five league matches since the league restarted on August 11 after a five-month lockdown due to the coronavirus.

Former Pirates midfielder Mpho Makola was sent off on 33 minutes after being yellow-carded twice and his team-mates defended brilliantly under constant pressure.