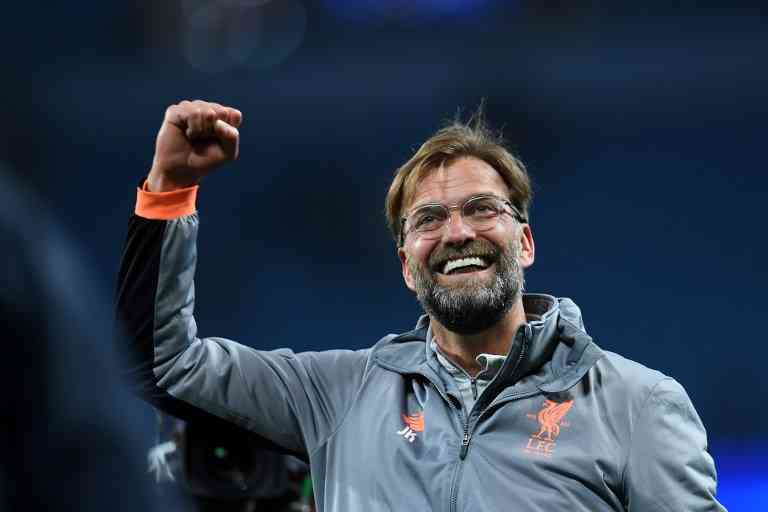 MUNICH, Germany - Liverpool manager Jurgen Klopp revelled in his side's growing maturity on the European stage after dumping Bayern Munich out of the Champions League on Wednesday.

A Sadio Mane double and Virgil van Dijk's towering header secured a 3-1 win on the night in Munich and on aggregate to secure Liverpool's place in Friday's quarter-final draw alongside three other English sides.

"The second half (was) very, very mature. First half we should have played a bit more football," said Klopp.

READ: Does Liverpool have squad depth to compete on two fronts?

"It's absolutely deserved that's the main news I would say, because it's so difficult to play away here at Bayern. They didn't lose a lot of games (here).

"It's a really big one, I'm so proud of the boys and how they did it."

Defeat may signal the end of an era for a Bayern side that has reached the semi-finals in six of the past seven seasons, including when they beat Klopp's Borussia Dortmund side to win the Champions League in 2012/13.

However, Klopp denied victory in Munich was especially sweet given his past history with German champions Bayern.

"I'm not like this. I did not want to beat Bayern for beating Bayern, I wanted to win for Liverpool," he added.

"We had so many people here tonight, the crowd was brilliant here creating an away atmosphere you need. A brilliant night for Liverpool again in the Champions League."

Manchester City, Tottenham and Manchester United's presence also in the last eight makes an all-English clash in the quarter-finals likely, but Klopp would rather avoid Liverpool's Premier League rivals.

"We all would say the same, it is Champions League. We try to play teams from Europe.

"Whoever we get as an opponent we will take. The boys love the competition."