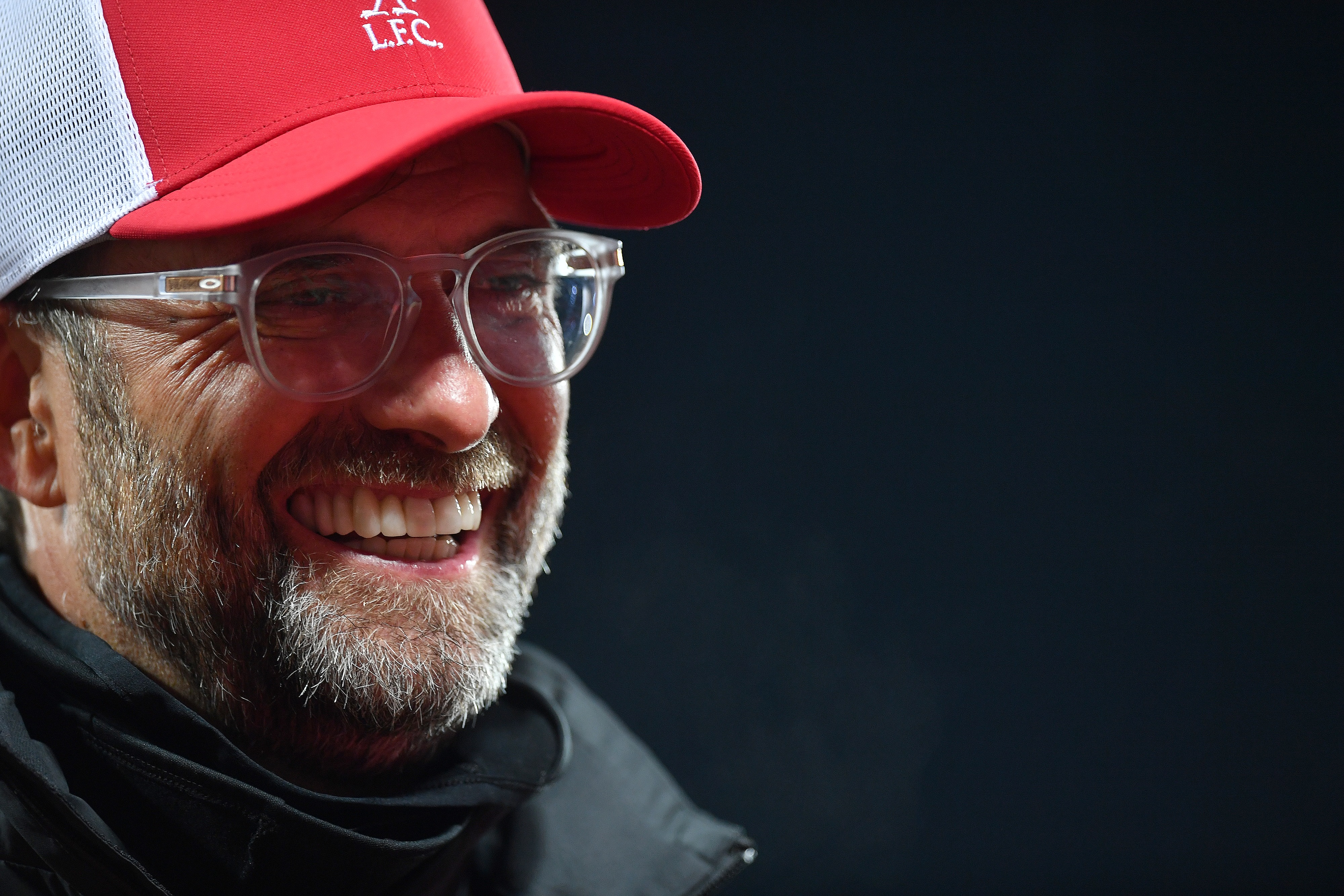 Liverpool's German manager Jurgen Klopp speaks during a television interview after the English Premier League football match between Liverpool and Arsenal at Anfield in Liverpool, north west England on September 28, 2020.

LIVERPOOL - Jurgen Klopp said Monday that he has been blown away by the standards Liverpool have set at the start of their Premier League title defence after coming from behind to beat Arsenal 3-1 at Anfield.

Goals from Sadio Mane, Andy Robertson and Diogo Jota saw off the Gunners, who had won their opening two league games of the season.

While Manchester City, Chelsea, Manchester United, Tottenham and now Arsenal have all lost in the opening three weeks of the new campaign, Liverpool have taken maximum points to lay down an early marker that they remain the team to beat in the Premier League this season.

"It's really early in the season and with this performance it is absolutely 'wow'," said coach Klopp.

"From the first second, (it was) dominant against a team in form. We had to be careful like hell of the counter-attacks.

"The football we played was absolutely exceptional. About this game tonight, there is nothing bad to say."

The outcome of the match could have been very different, though, had Mane not escaped with just a yellow card for an elbow on Kieran Tierney after just three minutes.

Arsenal followed the game plan that had brought them two victories over Liverpool in recent months as they dropped deep then looked to play around the Reds' press when in possession.

However, unlike when they met at the back end of last season's Premier League when Jurgen Klopp's men had already won the league or the Community Shield in August, Liverpool were far sharper in pulling the Gunners out of position.

The only time Arsenal did manage to pierce the Liverpool press before half-time, they opened the scoring completely against the run of play.

Robertson was at fault as he spooned Ainsley Maitland-Niles's cross into the path of Lacazette, who also failed to make a proper connection, but the ball bounced into the ground and looped over the helpless Alisson Becker. 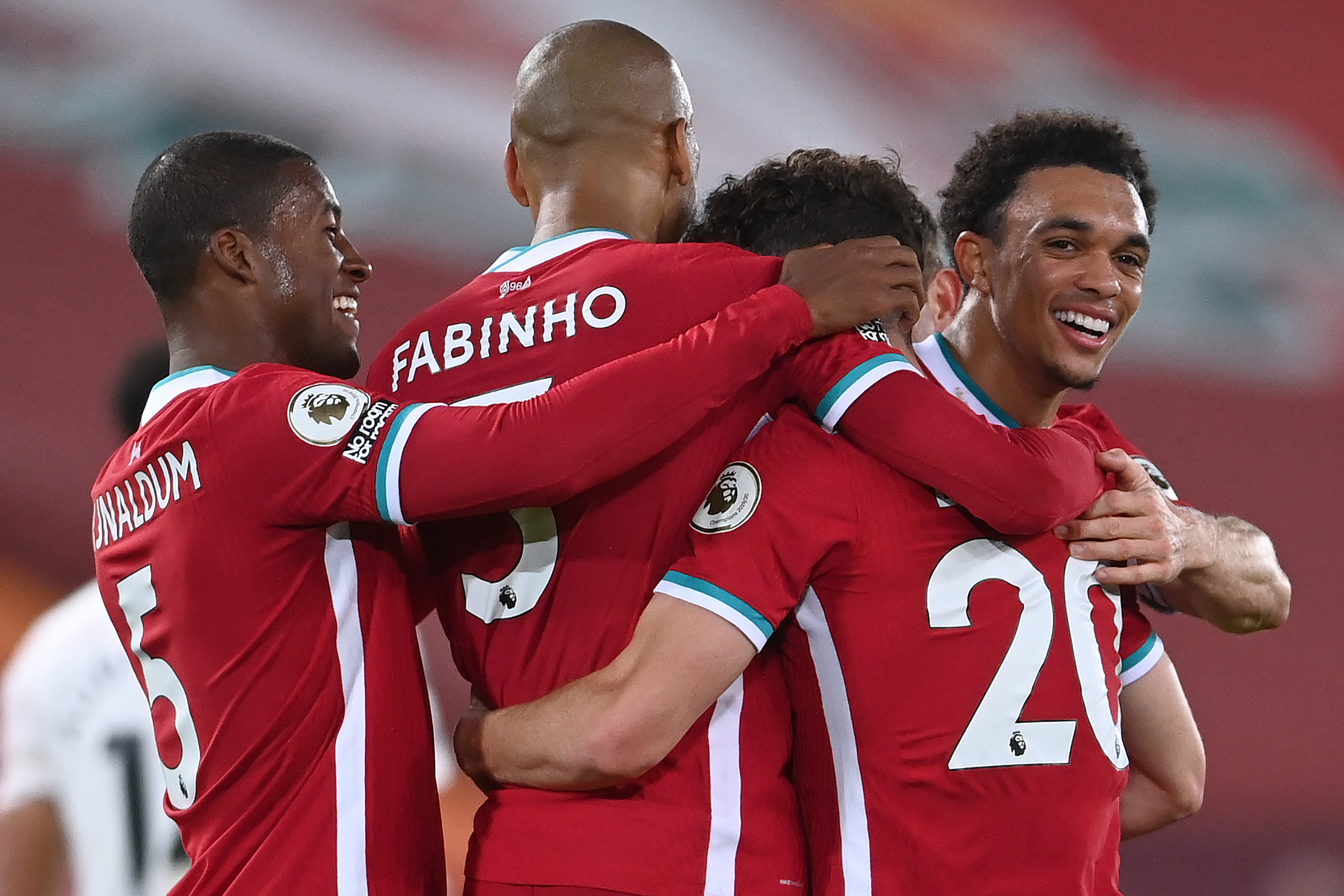 Liverpool responded immediately to level within three minutes as Mohamed Salah outmuscled Tierney and when his shot was parried across goal by Leno, Mane turned into an empty net.

Robertson them made amends for his previous error as Liverpool's flying full-backs combined as Alexander-Arnold's cross was this time converted by the Scotland captain.

However, where Arsenal sides of recent years might have collapsed, as they did in losing 4-0 and 5-1 at Anfield in 2018 and 2019, Mikel Arteta has instilled a new-found belief in the FA Cup winners.

The visitors were more expansive after the break and created a huge chance to level when Dani Ceballos put Lacazette through on goal, but Alisson stood up well to block the French striker's shot.

"When you come to Anfield you are not going to get 10 chances.  When you are one-on-one with the goalkeeper, you have to score," said Arteta as Liverpool extended their unbeaten run at home in the Premier League to 61 games.

"It is a really tough place to come for anyone in the world, they set incredible standards.

Klopp introduced Jota for his league debut 10 minutes from time and the Portuguese international quickly showed why Liverpool spent £41 million ($52 million) to sign him from Wolves.