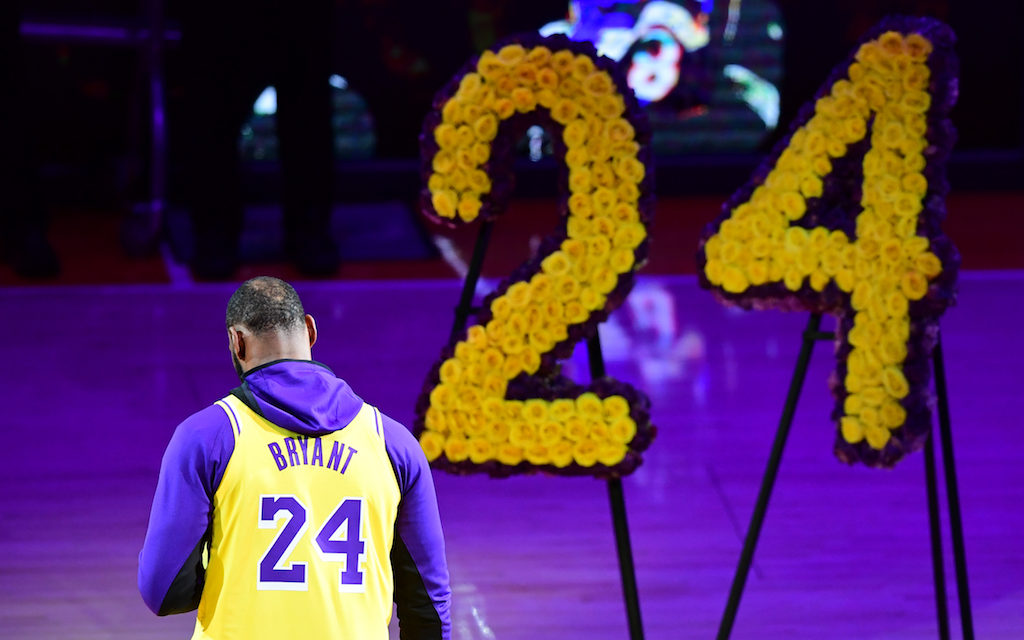 This year's annual showcase of league talent will be played in Chicago and feature numerous nods to Bryant, a five-time NBA champion who also matched a league record with four NBA All-Star Game Most Valuable Player awards.

Bryant, an 18-time NBA All-Star, died at age 41 on January 26 in a crash near Los Angeles that also took the life of his 13-year-old daughter Gianna and seven others.

All-Star teams guided by LeBron James of the Lakers and Greek star Giannis Antetokounmpo of the Milwaukee Bucks will compete to win each of the first three quarters, which will all start 0-0 and last 12 minutes.

At the start of the fourth quarter, the clock will be turned off and a final target score will be established by taking the leading club's cumulative score through the first three quarters and adding 24 points - the number representing the jersey number worn by Bryant for the final 10 seasons of his NBA career.

The first team to reach the cumulative target score will win the NBA All-Star Game.

All-Star Game jerseys will also honor Bryant and his daughter.

Both teams will wear jersey patches displaying nine stars, representing the nine people who were killed in the crash.

Academy Award-winning actress and Grammy Award-winning singer Jennifer Hudson, a Chicago native, will perform a special tribute to Bryant, his daughter and the others who were killed in the crash. Her performance will begin the night ahead of the player introductions.

James and Antetokounmpo each chose their squads from available starters and reserves voted and selected to the All-Star contest.

Team Giannis starters include the Greek big man, Cameroon stars Joel Embiid of Philadelphia and Pascal Siakam of Toronto and guards Kemba Walker of Boston and Trae Young of Atlanta.

A record eight All-Star Game players from outside the United States also include Frenchman Rudy Gobert of the Utah Jazz on Team Giannis and Team LeBron reserves Ben Simmons of Australia and the Philadelphia 76ers, Lithuanian Domantas Sabonis of Indiana and Serbian Nikola Jokic of Denver.