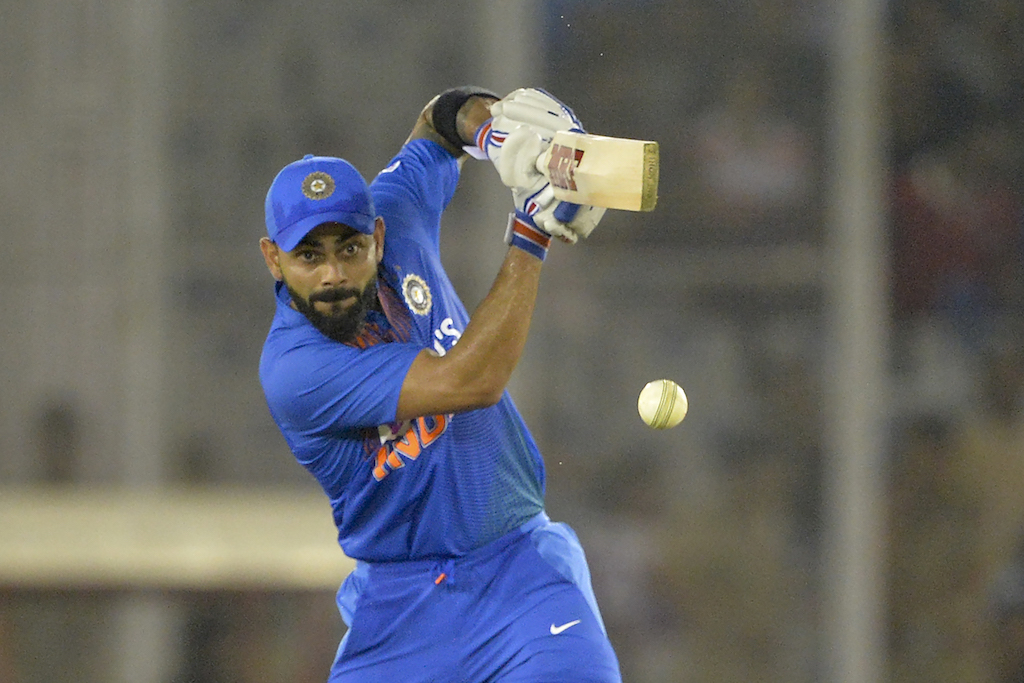 Kohli made 72 off 52 balls as India chased down their target of 150 in 19 overs in Chandigarh to lead the three-match series 1-0 after the opening game was washed out.

But it was the bowlers led by paceman Deepak Chahar, who set up the win after restricting South Africa to 149 for five in their innings.

"Bowlers showed lot of character. The pitch was very good and they got off to a good start so it was an outstanding effort from the bowlers," man of the match Kohli said after the win.

"As long as they (youngsters) show character in difficult situations, they are going to present a strong case for themselves in the future."

Kohli then anchored the chase, putting on crucial partnerships including a 61-run second-wicket stand with opener Shikhar Dhawan, who made 40 off 31 deliveries.

The left-handed Dhawan fell to a spectacular catch by an airborne David Miller at long-on with left-arm spinner Tabraiz Shamsi getting the breakthrough.

Debutant spinner Bjorn Fortuin struck soon to get wicketkeeper-batsman Rishabh Pant back in the pavilion for four as India slipped to 104 for three.

But Kohli, who went on to complete his 22nd T20 fifty in 71 games, stood firm to see the team home with Shreyas Iyer, on 16 as he hit the winning four, at the other end.

Kohli moved regained his status as the highest run-getter in T20 internationals with 2,441 runs.

He is locked in a battle with teammate Rohit Sharma, who was out for 12 and has 2,434 runs from 97 matches.

Earlier, South Africa skipper Quinton de Kock smashed 52 off 37 deliveries to give his team a brisk start before the Indian bowlers struck back.

The left-handed opener, who was recently appointed leader of South Africa's T20 side, smashed eight fours as he completed his third fifty in the shortest format.

Paceman Navdeep Saini got the prized wicket of De Kock with Kohli taking a sensational one-handed running catch from mid-off.

Bavuma went on to make 49 off 43 deliveries before becoming Chahar's second victim as South Africa lost steam in the middle overs.

"We got off to a good start and towards the end they bowled pretty well and they assessed the conditions better than we did," said de Kock.

"There was a lot of pressure on some of the new guys and I think they did pretty well against this world-class opposition."

Unbeaten batsmen Dwaine Pretorius, on 10, and Andile Phehlukwayo, on eight, finished off in style with a six each as South Africa made 16 from the final over.

The final match is on Sunday in Bangalore.