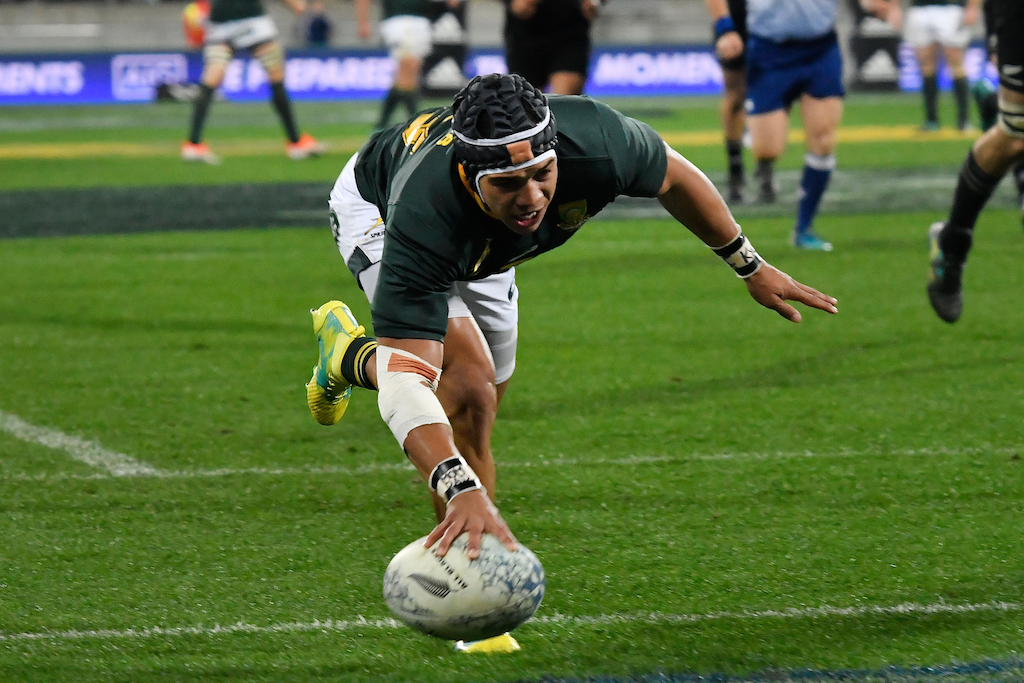 File: Cheslin Kolbe was one of the 2019 World Cup's standout players.

CAPE TOWN - South Africa's World Cup hero Cheslin Kolbe has said he would rather play against the British & Irish Lions next year and forego the chance to compete at the Tokyo Olympics.

The winger, whose try in the closing stages of last year’s World Cup final in Japan sealed success against England, will likely have a difficult choice in 2021 when the re-arranged Tokyo Games clash with the Lions tour of South Africa.

Kolbe, 26, would stand a strong chance of selection for the South African 'Blitzbokke' - the rugby sevens side which will be among the gold medal favourites in Japan.

He had previously said he would like to be selected but now that there is a date clash he has made clear his preference.

“It’s a tough decision but I would definitely choose taking on the British and Irish Lions,” he told the website Planet Rugby in an interview.

“Although I would love to play sevens for my country at the Tokyo Olympics, to be part of a Lions series is a goal I really want to achieve and I would like to be a part of that because it only happens every 12 years.

“Next year would be my only chance to face them if I do get selected (for the Springboks), as I won’t be around for their next tour so I would definitely go for that option,” he said.