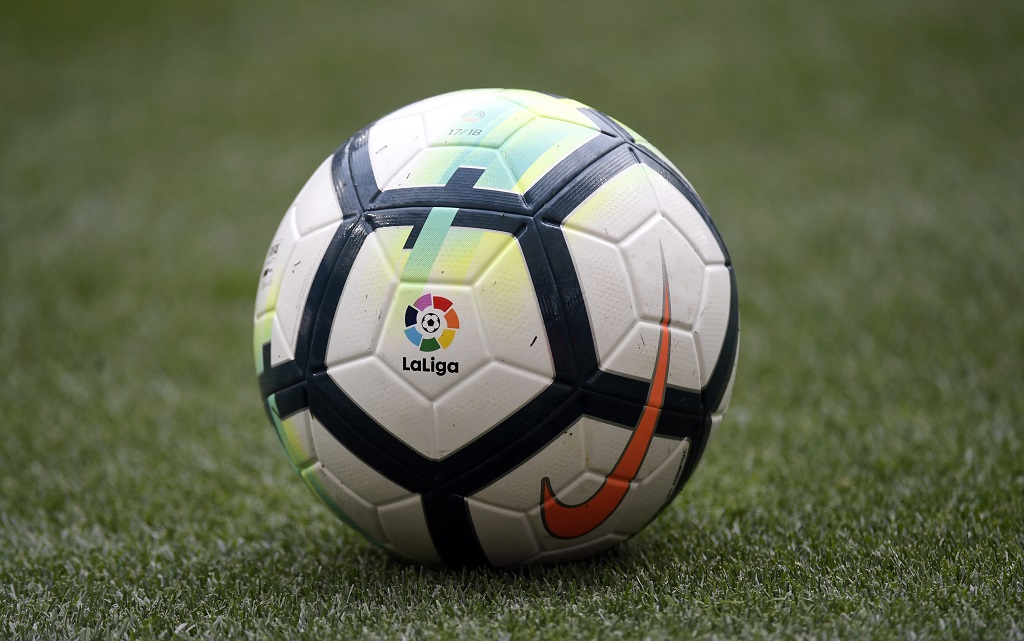 'La Liga' logo is seen on the ball of the Spanish league football match between Club Atletico de Madrid and Levante UD at the Wanda Metropolitano stadium in Madrid on April 15, 2018.

MADRID - La Liga have confirmed players will be allowed to return to full training on Monday, giving them 10 days to work together before the season restarts in Spain on June 11.

This is the final phase of La Liga's staggered training programme as teams get set to complete the remaining 11 rounds of the season, which will finish on July 19.

European competitions, including the Champions League, could then resume in August.

"La Liga clubs will start collective training on Monday, June 1," the league said in a statement on Saturday.

"The fourth phase, which starts next Monday, is the last step in this protocol that will lead to clubs starting competition on June 11."

La Liga president Javier Tebas has said the plan is for games to be played every day. The Spanish football federation (RFEF) gave its permission last week for matches to be staged on all days of the week.

Players in Spain's top two divisions began training in groups of up to 10 from May 18 and then 14 shortly after, having initially begun working individually at training grounds from May 4.

La Liga suspended fixtures due to the coronavirus pandemic on March 12, meaning the break between games stopping and restarting will be almost exactly three months.

Matches will be held behind closed doors, with the Seville derby between Sevilla and Real Betis expected to be the first game back on June 11.

Barcelona, who are two points clear at the top of the table, will resume away at Real Mallorca while their closest challengers Real Madrid are at home against Eibar.

Madrid have the approval of La Liga to stage their remaining home games at their Valdebebas training ground to allow construction work to go ahead at the Santiago Bernabeu.

All games will be played according to strict medical protocol, with players and officials undergoing tests for coronavirus the day before games and having their temperatures taken before entering stadiums.

La Liga's timetable, which includes next season beginning in September, is dependent on both the trajectory of the coronavirus and continued approval of the Spanish health authorities.

The Spanish health ministry reported on Friday there had been 39 deaths from coronavirus in Spain during the last week while on Thursday it confirmed there had been only one death over the previous 24 hours.