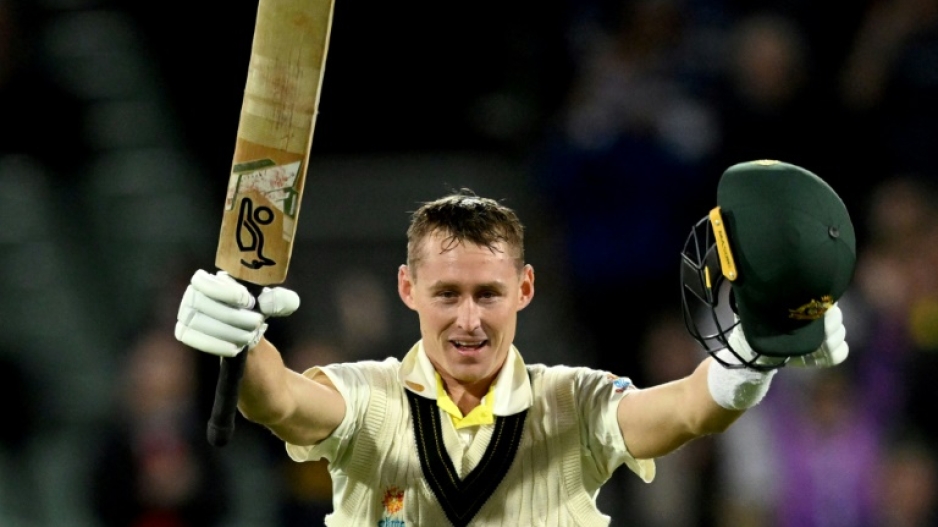 PERTH - Run machine Marnus Labuschagne belted a third successive Test century and Travis Head also made a ton on Thursday as Australia seized control on day one of the pink-ball second Test against the West Indies.

Consistent number three Labuschagne smacked 204 then 104 not out at the first Test in Perth to overtake England's Joe Root this week as the world's top-ranked Test batsman.

And he carried that form to Adelaide with a patient unbeaten 120 to again torment the injury-hit Caribbean team, as the hosts amassed 330-3 by stumps.

Head was not out 114, relieved at converting to three figures after he was out for 99 in the first Test.

"It's nice to be in good form," said Head. "It's been a long week and it is right up there as probably one of the better ones (knocks) and feels nice."

"A chanceless hundred from Marnus," he added. "He played beautifully and we have got to do it again in the morning."

The visitors, who are missing three first-choice bowlers, enjoyed some success on a flat track that offered little for the fast bowlers, removing David Warner (21), Usman Khawaja (62), and captain Steve Smith for a duck.

Khawaja surpassed 1,000 Test runs for the year in his knock, becoming only the third man in 2022 to hit the landmark after Root and fellow Englishman Jonny Bairstow, who have both played more matches.

He departed lbw to debutant Devon Thomas, who earned his first Test wicket.

Like Labuschagne, Smith smacked 200 in Perth but he only lasted eight balls in Adelaide, caught and bowled by Jason Holder, while Warner nicked Alzarri Joseph to wicketkeeper Joshua Da Silva.

Australia have won every day-night Test they have played, including six-from-six in Adelaide, and are looking to wrap up the two-match series after winning the opener by 164 runs.

"It's been a tough week trying to make sure we had a balance with the squad, especially with the amount of injuries we have," said West Indies coach Phil Simmons.

"Like the last game, the first two sessions we were on target but in the last session we let the runs flow, so that's disappointing."