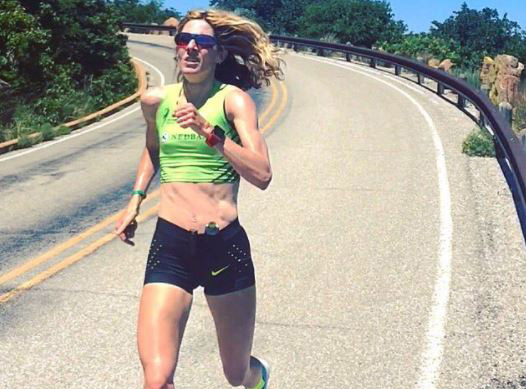 Camille Herron from the USA takes the #Comrades2017 ladies title in a time of 6:27:35 -- pic.twitter.com/Ncowcm6IGn

Your @ComradesRace champion. Born and raised in Bulwer just outside Pietermaritzburg. pic.twitter.com/ThdQafgbyq

Zimbabwean Hatiwande Nyamande took second in a time of 5:38:48, while former champion Gift Kelehe was third in 5:41:48.

Another previous champion crossed the line in the top four, with Ludwick Mamabolo placing fourth in 5:42:40. Charles Tjiane, who led at halfway, claimed fifth place in 5:45:26.

Thousands of runners are taking part in the 92nd Comrades Marathon from Durban to Pietermaritzburg.

The first woman across the finish line, Charne Bosman, is also South African.