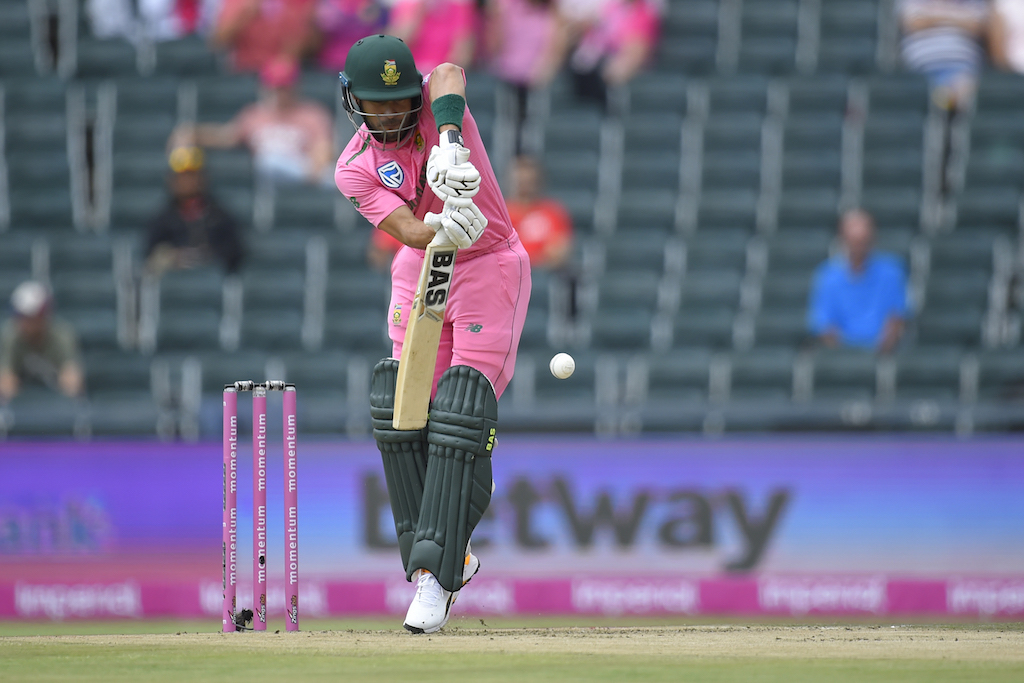 Reeza Hendricks plays a shot during the third one day international (ODI) cricket match between South Africa and England.

JOHANNESBURG - England won the toss and decided to bowl in the third and final one-day international against South Africa at the Wanderers Stadium on Sunday.

South Africa hold an unbeatable 1-0 lead after the second match in Durban was rained off on Friday.

Sunday’s match was due to start in overcast conditions following heavy rain on Saturday. More rain was possible.

England captain Eoin Morgan said weather conditions were a factor in his decision and added: "It’s a nice place to chase. It’s difficult to defend with short boundaries."

One of the square boundaries is only 56 metres from the pitch.

"Saqib made his T20 debut in New Zealand (last November) and was very impressive," said Morgan.

South Africa brought back fast bowler Lungi Ngidi in place of left-arm spinner Bjorn Fortuin, who made his debut in Durban but did not get onto the field before the match was abandoned.

South African captain Quinton de Kock said he would have bowled if he had won the toss.

"It looks a good wicket. We’ll have to bat well and then defend it," he said.

For the first time, the opposition wore specially-designed outfits with a pink shoulder trim.

"It’s an amazing occasion, we’re very lucky to be part of it," said Morgan.