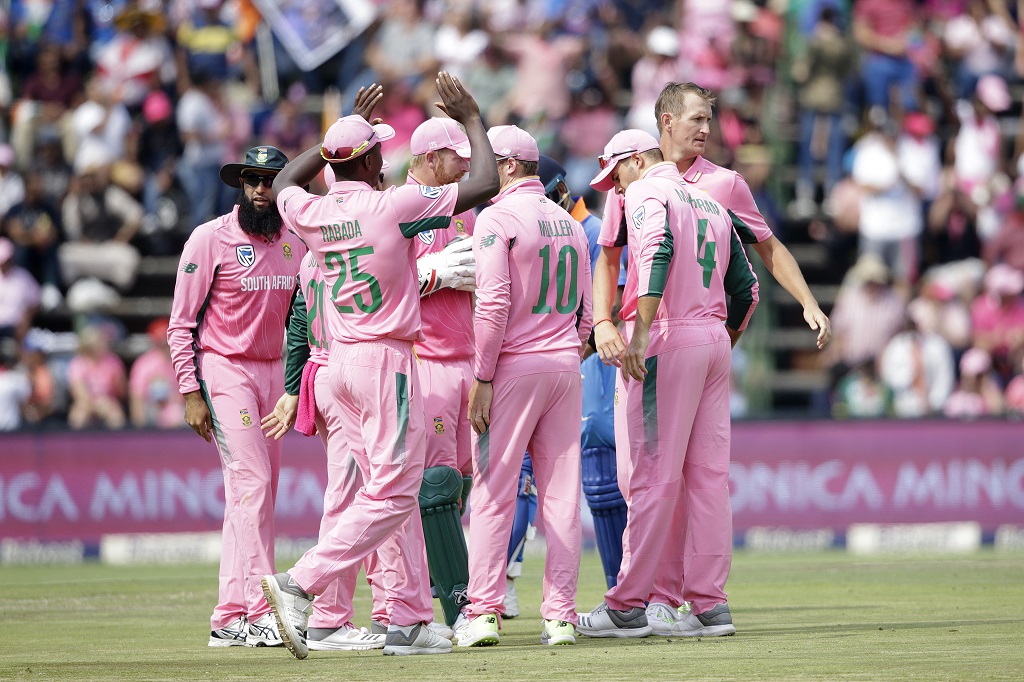 England will join hosts South Africa in raising funds for breast cancer charities by wearing a limited edition pink kit when the two teams play each other.

JOHANNESBURG - Indian opening batsman Shikhar Dhawan hit an unbeaten century before the threat of lightning stopped play in the fourth one-day international against South Africa at the Wanderers Stadium on Saturday.

Dhawan made 107 not out in an Indian total of 200 for two in 34.2 overs before lightning strikes near the ground caused the umpires to take the players off the field.

The left-handed Dhawan, playing in his 100th one-day international, shared a second wicket partnership of 158 with Indian captain Virat Kohli, who was dismissed for only the second time in the series after scoring 75. Kohli has made 393 runs in four innings in helping India take an unbeatable 3-0 lead in the six-match series.

It was the third successive big partnership between Dhawan and Kohli. They put on an unbeaten 93 in chasing down a small target in the second match in Centurion and added 140 in the third match in Cape Town.

Dhawan reached his 13th one-day international century off 99 balls and had faced 102 balls at the stoppage, hitting ten fours and two sixes.