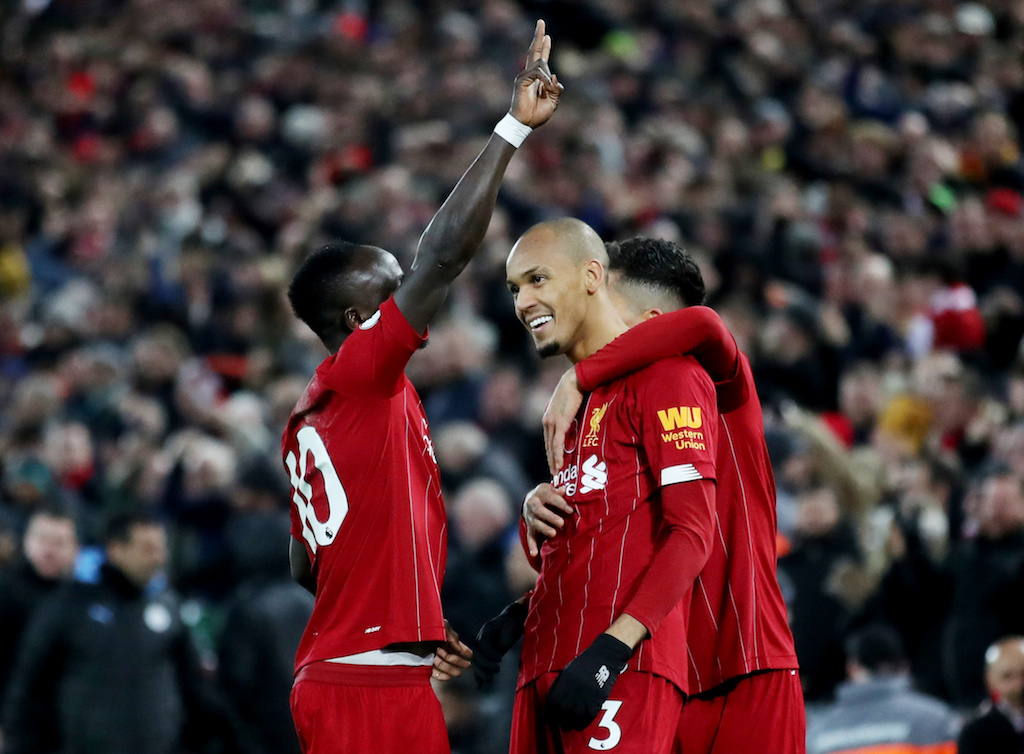 LIVERPOOL - Liverpool opened up an eight-point lead at the top of the Premier League with an emphatic and hugely impressive 3-1 win over defending champions Manchester City at Anfield on Sunday.

The victory leaves unbeaten Liverpool on 34 points from 12 games, eight ahead of Leicester City and Chelsea, and nine in front of Pep Guardiola's fourth-placed City.

Liverpool grabbed a sixth-minute lead with a thundering drive from Brazilian Fabinho, who pounced on a clearance from Ilkay Gundogan and blasted past Claudio Bravo from over 20 metres out.

Yet City felt the stunning effort should have been ruled out - and a penalty awarded to them - as prior to the break that led to the goal Liverpool defender Trent Alexander-Arnold appeared to handle the ball inside the box but the VAR review went against the visitors.

City pushed forward in response and Raheem Sterling missed a close-range header, but Liverpool struck again in the 13th minute when Andy Robertson crossed from the left and Mohamed Salah nodded the bouncing ball past Bravo to make it 2-0.

City's third defeat of the season look assured when Liverpool made it 3-0 six minutes after the interval as Jordan Henderson worked space for a cross on the right flank and Sadio Mane stooped to head home at the back post.

Bernardo Silva pulled a goal back for City in the 78th minute, drilling home a low cross from Angelino and the visitors enjoyed some late pressure but Liverpool held firm.