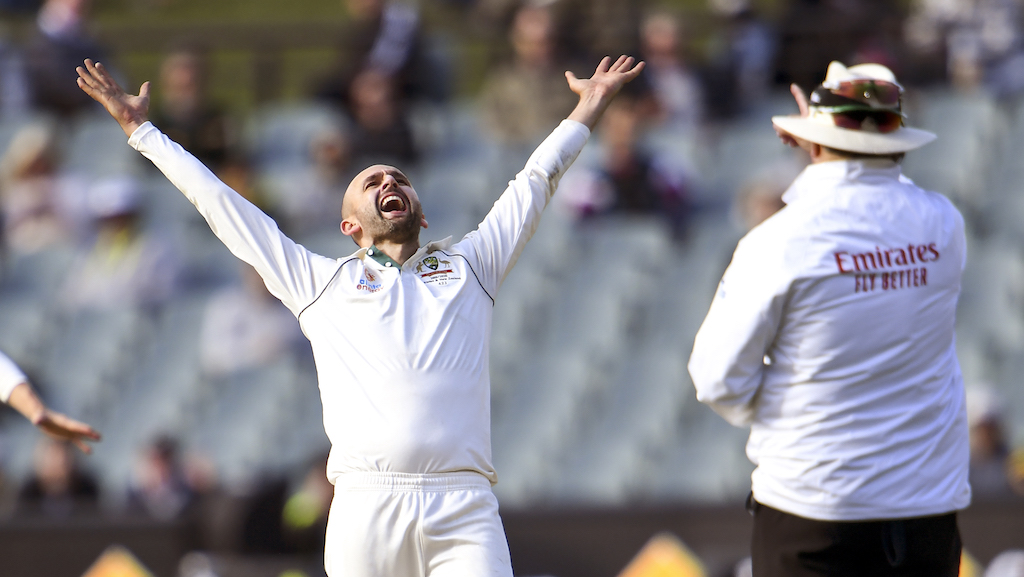 Pakistan resumed day four of the day-night match on a precarious 39 for three with Masood not out 14 and Shafiq on eight after being bowled out for 302 in their first innings and forced to follow on.

It followed Australia's mammoth 589 for three declared, built around David Warner's exceptional 335 not out -- the 10th highest Test score of all time.

Needing another 248 to force Australia to bat again and avoid a second successive innings defeat, they had a decent crack but were eventually all out for 239 with the home team claiming victory by an innings and 48 runs.

It was Australia's sixth consecutive win in a pink ball Test -- four of them at Adelaide -- with every day-night Test played so far since the concept was introduced in 2015 producing a result.

"David and Marnus (Labuschagne) have been unbelievably good. We all witnessed a special knock from David Warner. It is among the top one or two innings ever by an Australian."

Lyon was Australia's saviour, finishing with 5-69 on a lifeless pitch that offered little for the home side's fast bowlers, who were made to toil.

It was his 16th five-wicket haul and his first against Pakistan, who have lost all four Tests they have played this year after two defeats to South Africa in January.

Defeat continued Pakistan's appalling record in Australia, where they have now crashed in 14 consecutive Tests.