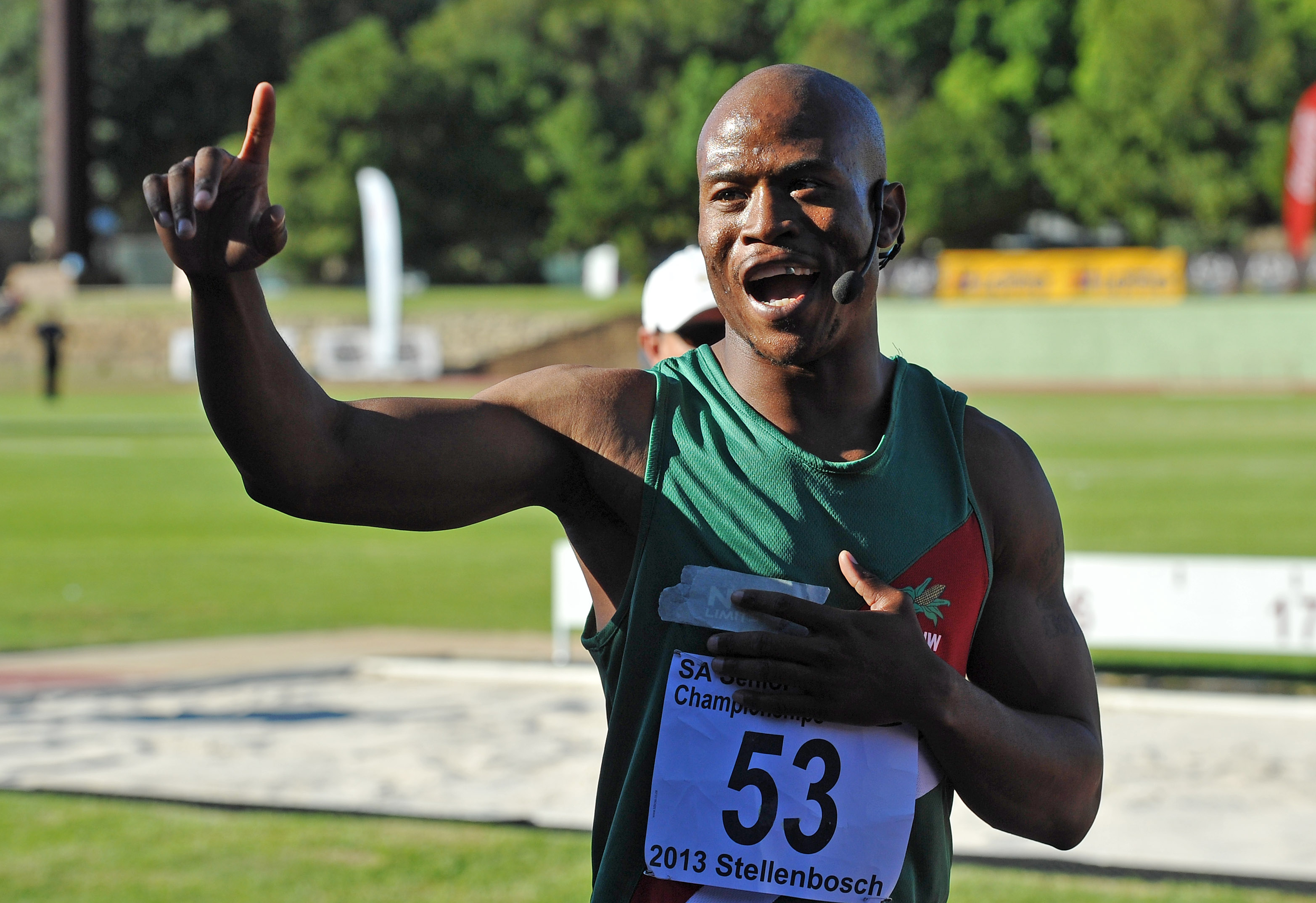 Simon Magakwe (53) celebrates after winning the Mens 100m Final during the 2013 SA Senior Athletics Championships at Coetzenburg Stadium in Stellenbosch on 12 April 2013.

PRETORIA - Simon Magakwe became the first South African to break the 10-second barrier in the 100 metres when winning the national title this weekend.

The 27-year-old clocked 9.98 seconds at the University of Pretoria to claim his sixth victory in the event.

Magakwe and Johan Rossouw shared the previous record of 10.06 established 26 years ago.

Second-place Akani Simbine (10.02) also bettered the old mark during championships that doubled as qualifiers for the 2014 Commonwealth Games in Glasgow.