Man City and PSG 'playthings of a state': Liga chief 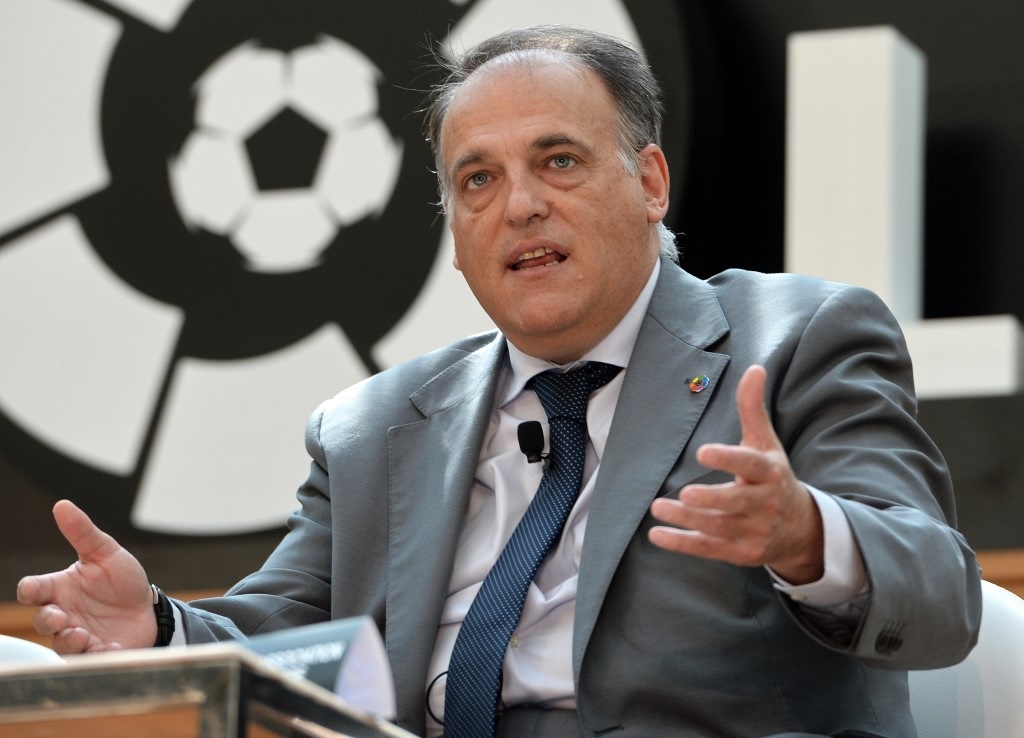 LONDON - Manchester City and Paris Saint-Germain should be excluded from European club competition and are nothing more than "playthings of a state", La Liga's president Javier Tebas has said.

It is not the first time the outspoken head of the Spanish league has attacked Abu Dhabi-owned City or Qatari-owned PSG, and newly crowned Premier League champions City has threatened to take him to court at one point.

However, Tebas launched another broadside at the wealthy clubs when he spoke at the Financial Times Business of Football Summit, saying City and PSG "are clubs who could not care less what their real incomes are when they want to sign a player because they receive incomes from a state".

"It forces other clubs into an economic situation which is really living on the edge. It skews the balance of the entire European football structure," Tebas said.

"It becomes more like a toy, the plaything of a state.

"And when it's a plaything, kids start playing with other kids. You end up ruining the entire system."

City -- who last weekend completed a historic domestic treble with a 6-0 whipping of Watford in the FA Cup final -- are presently under investigation by UEFA over alleged breaches of their Financial Fair Play (FFP) rules. The club strongly denies any wrongdoing.

PSG were able to pay a world record fee of €222-million ($248-million) for Neymar in 2017 and also signed French striker Kylian Mbappe the same summer.

The 56-year-old Costa Rica-born lawyer, who has been in his present role since 2013, said the way in which City and PSG spent freely in the transfer market had a knock-on effect on their rivals.

He said other clubs see a European Super League, a potential replacement for the Champions League that Tebas opposes, as enriching them and making them better able to compete on a more level playing field with PSG and City.

READ: PSG insists Mbappe to stay at club next season

"The origin of this entire problem with the Super League is the inflationary effect that Manchester City and PSG have created across the whole of Europe," said Tebas.

"The rest of the clubs in Europe want money to compete with these guys."