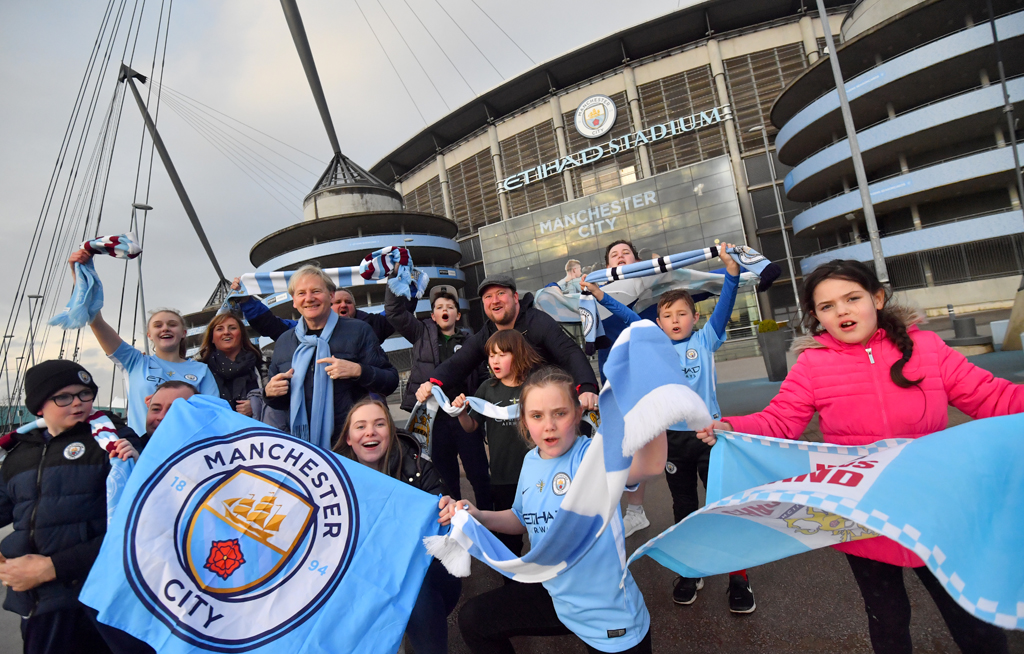 MANCHESTER, United Kingdom - The balance of football power in Manchester has swung comprehensively to City from United on the field and the Premier League champions are now on the verge of toppling their neighbours in the financial stakes as well.

Despite failing to hit the heights of their past two title-winning campaigns, City host United on Saturday already 11 points ahead of their local rivals just 15 games into the league season.

The Red Devils sit sixth, eight points adrift of the Champions League places, and facing a huge fight to get back into that highly lucrative competition next season.

As City try and win the Champions League for the first time, having already booked their place in the last 16 for a seventh consecutive season, United's finances are suffering as they play Europa League football for the second time in four years.

United posted record revenues of £627 million ($818 million) for last season as they reached the Champions League quarter-finals and finished sixth in the Premier League.

That was nearly £100 million more than City's £535 million for the 2018/19 campaign despite the blue half of Manchester winning an unprecedented domestic treble of Premier League, FA Cup and League Cup.

However, United predict their revenue will fall to between £560 million and £580 million this season due to the drastically smaller broadcasting deals and prize money on offer in the Europa League.

City's figures for this season will also be boosted by a £650 million kit sponsorship deal between parent company, the City Football Group (CFG), and Puma for the next 10 seasons.

That deal is still lower than United's £750 million 10-year deal signed with Adidas in 2014, but it signals the shrinking difference in the commercial value of the two clubs.

"I think the gap will narrow substantially," football finance expert Kieran Maguire told AFP. "From just under £100 million this year between the two clubs, that gap will be narrowed to £10-20 million for 2019/2020."

City's success over the past decade has been bankrolled by the club's Abu Dhabi owners, who have at times fallen foul of UEFA's financial fair play rules with sponsorship deemed above market value such as shirt and stadium deals with Etihad Airways, which is owned by the Abu Dhabi government.

However, the Puma contract shows that City's success on the field means they are no longer reliant on their commercial deals coming from the Middle East.

"They have also got sponsorship deals with the likes of Nissan and Nexen Tire," added Maguire. "On the back of winning the Premier League four times in the decade and having a global profile, they are not as dependant on the Middle East for sponsorship deals as they were compared to the initial Etihad deal."

City's rise was reflected when US equity firm Silver Lake acquired just over a 10 percent stake of CFG for $500 million last week.

That gave CFG a global record valuation for a sports franchise of $4.8 billion.

By comparison, United's market capitalisation is just over $3 billion, but also jumped on the news of the investment in City.

"In the 24 hours following the Silver Lake investment, United's market capitalisation itself went up by 11 percent, so perhaps the markets are saying we have undervalued United's valuation and potential," said Maguire.

"They see growth in the overseas markets," added Maguire. "Silver Lake would not have put the money in unless they thought there was greater growth potential in the City Group."

United were the club that pioneered the commercialisation of football on the back of their success under Alex Ferguson in the 1990s.

But since Ferguson's retirement in 2013, United have finished below their local rivals every season.

Now it is City, with their web of clubs around the globe and trophy-laden years under Pep Guardiola, who are leaving Manchester's traditional giant trailing on and off the field.