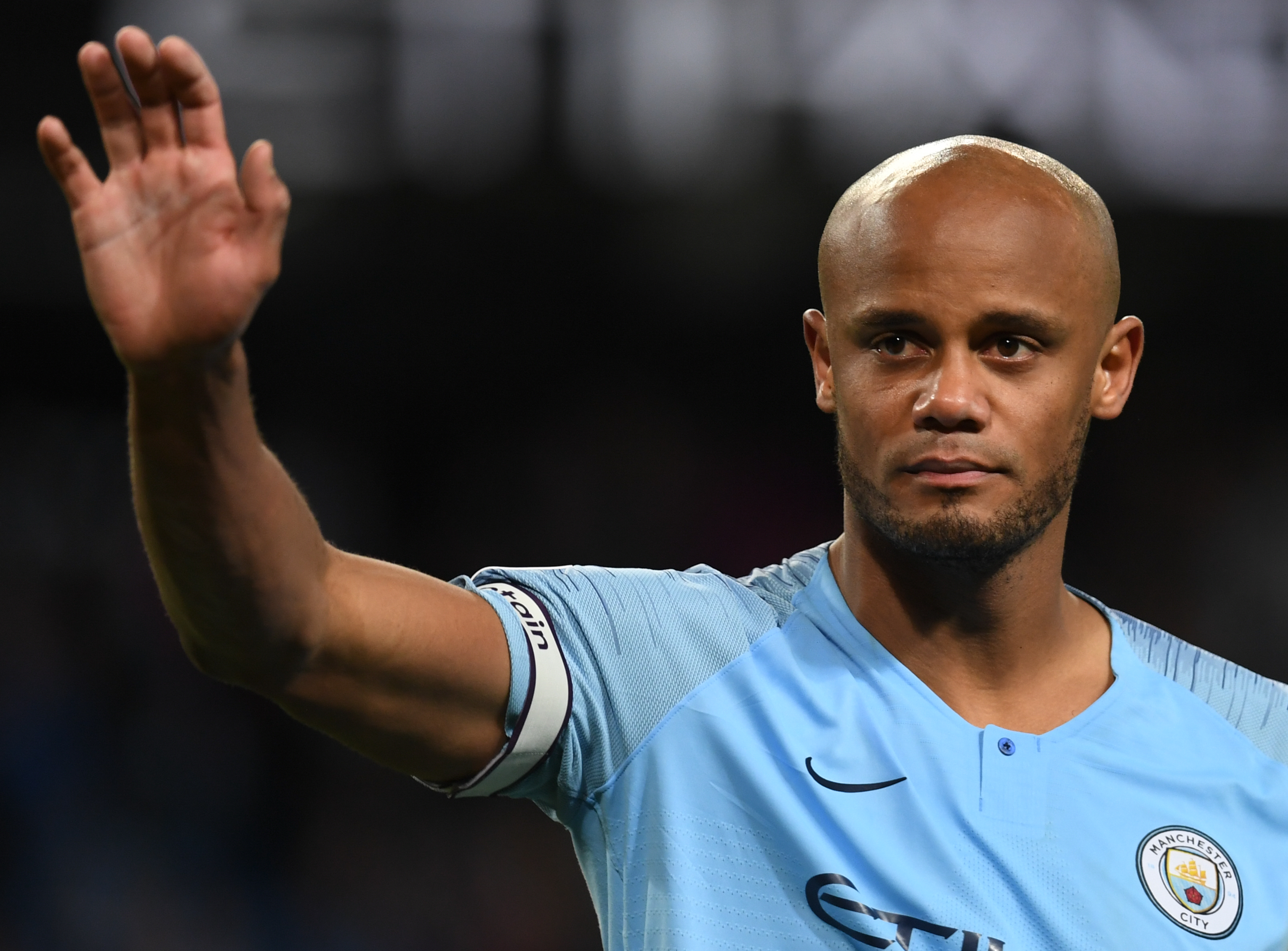 Belgian defender Vincent Kompany announced that he is to leave Manchester City after 11 trophy-laden years.

LONDON - Vincent Kompany was hailed as a "legend" by Manchester City's stars on Sunday after the Belgium defender revealed he will leave the treble winners to become player-manager at Anderlecht.

Kompany confirmed his move to the Belgian club just 24 hours after lifting the FA Cup at Wembley following City's 6-0 rout of Watford.

The 33-year-old's departure brings down the curtain on his trophy-filled 11-year spell with City.

Kompany's compatriot Kevin De Bruyne tweeted: "Playing for about 10 years with this man for club and country. And what an privilege it's been.

"Big player, Big personality and big leader. Learned a lot from you. Wishing you all the best for the future."

Aymeric Laporte, Kompany's partner n the centre of City's defence in the Cup final, tweeted: "Thank you for these years close to you. Thank you for all the moments, all the words to me and to be the best leader which this big family needs.

"You are a legend and we wish you the best in your next stage, @VincentKompany."

Kompany's City career has encompassed their golden era and 18-year-old midfielder Phil Foden will be expected to emerge as the club's leading light in their next generation.

"Looked after me from day one. Led by example, showed everyone what it means to be a leader, wear their heart on the sleeve, and give everything for this club. We will miss you Captain," Foden tweeted.

City right-back Kyle Walker said on Instagram: "From skip to gaffer, the man has it all!! Since I walked through the door Vinny has been amazing to me.

"He helped me settle in and I've learned a lot from the big man. Good luck with everything skip, you'll be missed #CaptainFantastic #Legend."

Kompany made 360 appearances for City after joining from Hamburg in August 2008, days before the Sheikh Mansour takeover that transformed the club forever.

His 20th and final City goal fittingly came in the final minutes of a vital victory over Leicester on May 6, a long-range thunderbolt that pushed his team to the brink of their latest title triumph.

Joining the tributes to the man dubbed 'Mr Man City', former Liverpool defender Jamie Carragher tweeted: "One of the best CB's @premierleague has ever seen & one of @ManCity greatest ever players!"

Former Manchester United defender Gary Neville tweeted: "I didn't expect that. There are some players you wish played for your club. @VincentKompany was one of them. A great centre back whose influence on and off the pitch was huge."