CSA is hosting a media briefing with Director of Cricket Graeme Smith. The Proteas senior coaching staff will be announced along with a new sponsor. Courtesy #DStv403

JOHANNESBURG - Mark Boucher has been appointed as the new Proteas head coach.

He will work under new Acting Director of Cricket Graeme Smith.

Enock Nkwe will be his assistant coach in the restructured national team hierarchy.

Boucher, a former Proteas wicketkeeper, represented the national team over 450 times, across all formats.

In other appointments Linda Zondi resumes the position of the convener of the National Selection Panel (NSP), Faf du Plessis was also confirmed as the Proteas Test match captain while another former player Ashwell Prince will take charge of the South Africa A side for their upcoming tour match against England.

END_OF_DOCUMENT_TOKEN_TO_BE_REPLACED 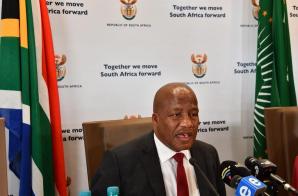