Erasmus says it may be unsafe for Springboks to play 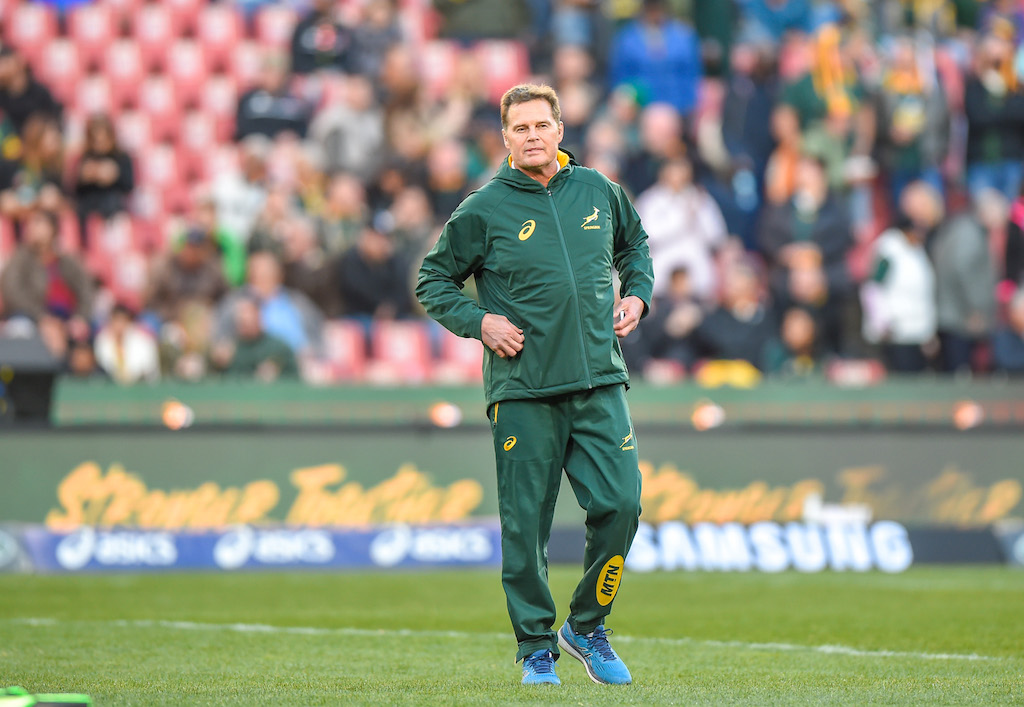 File: Rassie Erasmus said his team’s preparations have been perfect, and they can have no excuse for not performing in Japan.

JOHANNESBURG - South Africa rugby director Rassie Erasmus said Monday it may not be safe for the Springboks to compete in the 2020 Rugby Championship due to a lack of game-time.

The world champions are scheduled to play two matches each against Argentina, hosts Australia and fierce rivals New Zealand between November 7 and December 12.

But while New Zealanders have been playing since June and Australians since July, the coronavirus affected South Africa more and the season reopened only last Saturday.

"We had one of the toughest lockdowns in the world and our players were indoors for months," Erasmus told a virtual media conference.

"In other countries players could train or at least go to the park and exercise, but we did not have that.

"If you look at the science, we have to get five or six matches into the players for their own welfare and to make it safe for them, and we are working out how to do that.

"Players probably need 500 minutes of game-time to be safe," said Erasmus, the mastermind behind the Springboks' 2019 Rugby World Cup triumph in Japan.

The top four franchises played last weekend and there is a Springboks trial in Cape Town this Saturday followed by the start of a domestic Super Rugby Unlocked competition on October 9.

But the Stormers, who boast eight World Cup winners, have a Super Rugby first round bye so the maximum game-time they can achieve before flying to Australia would be 320 minutes.

For players not affected by a bye, the total would rise to 400 minutes, still 100 minutes short of the target set by Erasmus and national coach Jacques Nienaber.

Erasmus acknowledged that there is huge pressure on the Springboks to compete for financial reasons as SA Rugby have been struggling for several years.

"We want to go and we have to go (financially speaking) so we are working out how we make it possible to go," he said.

Australian officials have said that the competing nations will share the Rugby Championship costs and profits, without revealing any figures.

South Africa won the competition last year, when it was reduced to a single round due to the World Cup, and would face Argentina first if they defend the title.

Meanwhile, SA Rugby said Erasmus will work "remotely" ahead of the Springboks trial as a precaution against coronavirus.

The former Springboks loose forward was diagnosed two years ago with a rare condition that can inflame blood vessels and increase vulnerability to Covid-19.