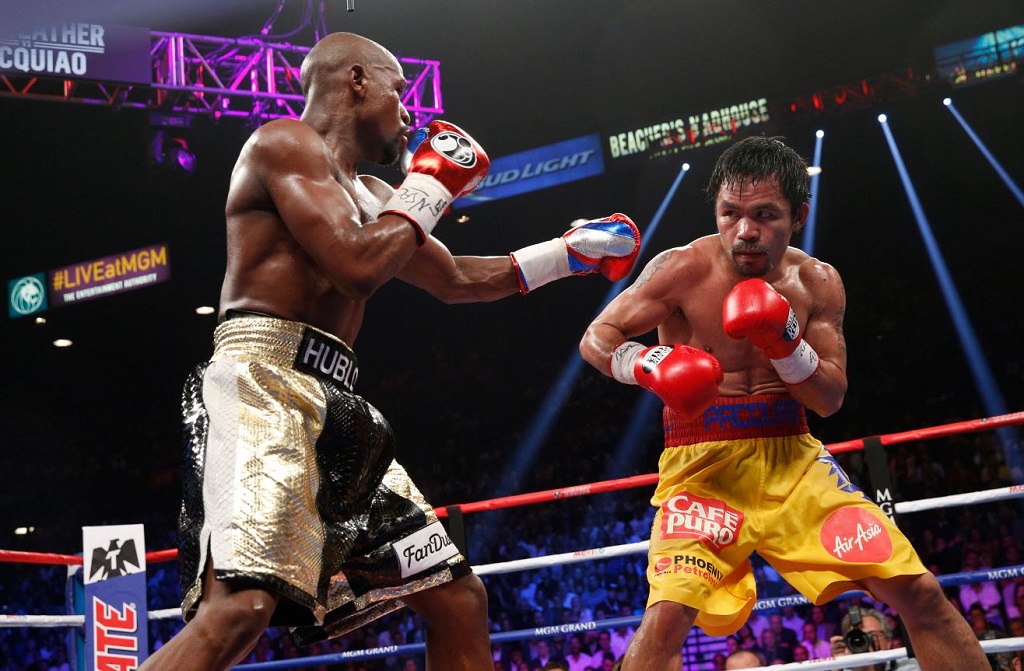 LAS VEGA - Former world welterweight champion Floyd Mayweather said on Saturday he will face Manny Pacquiao later this year in a rematch of their 2015 superfight.

In a posting on Instagram, Mayweather said he will come out of retirement to fight Pacquiao, three years after scoring a comfortable points victory over the veteran Filipino.

"I'm coming back to fight Manny Pacquiao this year another 9 figure payday on the way," Mayweather wrote on Instagram. No further details were given.

A video accompanying the post showed Mayweather and Pacquiao talking to each other at an event but their exact exchange of words could not be heard clearly.

READ: A great year for boxing

Mayweather earned an estimated $220-million (R3.3-billion) from his first fight with Pacquiao, which finally took place after years of on-off negotiations.

Pacquiao earned around $100-million (R1.5-billion) from the contest.

Mayweather retired later in 2015 after his 49th victory but returned to the ring last year for a lucrative victory over mixed martial arts star Conor McGregor.

I’m coming back to fight Manny Pacquiao this year. Another 9 figure pay day on the way @mayweatherpromotions

The 41-year-old's announcement on Saturday comes as Las Vegas prepared to stage the biggest fight of the year, the middleweight showdown between Gennady Golovkin and Saul "Canelo" Alvarez.

While Mayweather's remarks on Saturday are the latest in a long line of mischievous social media postings hinting at a comeback. Speculation about a rematch with Pacquiao has rumbled for years.

Pacquiao, who claimed to have been hampered by an injured shoulder in his first fight with Mayweather, has long talked enthusiastically about a rematch.

"Mayweather? If he decides to go back to boxing then that is the time we are going to call the shots," he said in July.

"I have the belt, so it's up to him. If he wants to come back in boxing let's do a second one."

Pacquiao (60-7-2, 39 knockouts) made a return to the ring in July after a one-year absence, defeating Argentina's Lucas Matthysse in the seventh round in Kuala Lumpur.