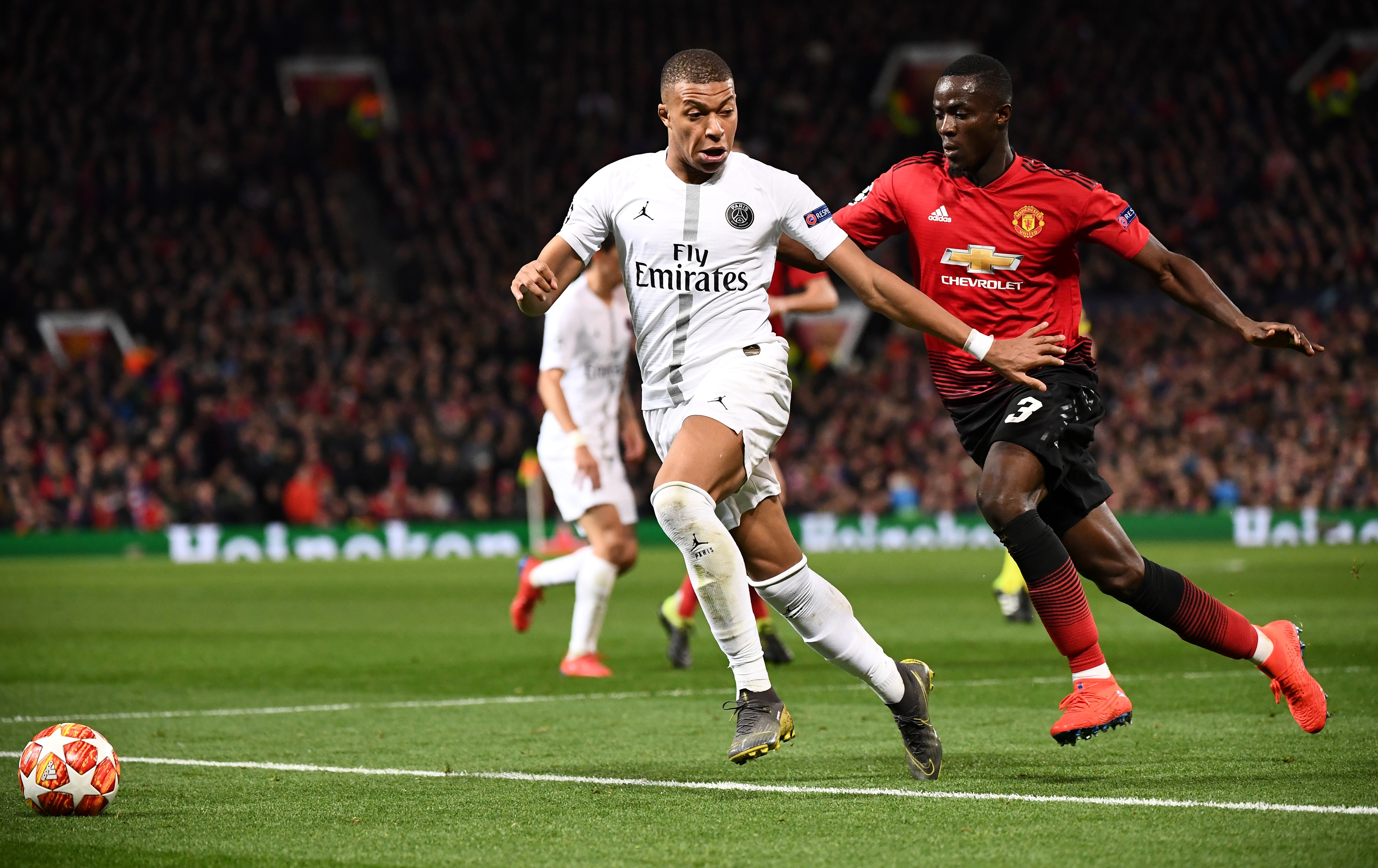 MANCHESTER - Manchester United caretaker manager Ole Gunnar Solskjaer admitted his side were shown how much they still have to improve after being swept aside by an injury-hit Paris Saint-Germain 2-0 in the first leg of their Champions League last 16 tie on Tuesday.

Presnel Kimpembe and Kylian Mbappe struck in a seven-minute spell just before the hour mark as PSG displayed their credentials to finally become champions of Europe for the first time, especially once they get the world's most expensive player Neymar and Edinson Cavani back from injury.

After a run of 10 wins and one draw in 11 games since Solskjaer replaced the sacked Jose Mourinho in December, a first defeat for the Norwegian is a reality check for United's revival and they have a mountain to climb when the sides meet again for the second leg on March 6.

The English giants will also have to cope without Paul Pogba in three weeks' time as he was sent off a minute from time to round off a terrible night for the hosts.

"Today we weren't at the level, this is a level up from what we have played against. We have had a great run, we came into this game in a great frame of mind, great form, but it's a big step up," said Solskjaer.

For all the positivity of United's return to form in the past two months, they remain 14 points behind Premier League leaders Manchester City and Liverpool and the big rebuilding job required to make the three-time European champions contenders again for this competition was laid bare.

"We've been taking about top four (of the Premier League). Top four is one thing but we want to be at the top," added Solskjaer. "Manchester United should be at the top and this is a top team we've played against.

The players are disappointed but I also think they know we need to step up our level to get to the level we want to get to."

PSG showed they still retain plenty of world-class talent despite their big-name absentees as United struggled to contain the slick passing of Thomas Tuchel's men in midfield and the pace of Mbappe in attack.

Angel di Maria was roundly booed by the home support on his return to Old Trafford after an unhappy one-season spell with United after signing for a then club record £60 million in 2014.

But the Argentine silenced his detractors by setting up both goals and also mocked the throwing of a beer bottle at him by pretending to drink from it.

"I think the guy is very competitive, like all South American guys. If you tease him it does not make him weaker," said Tuchel.

For all PSG's injury problems, a double blow also rocked United in the seconds before half-time and at the break as Jesse Lingard and Anthony Martial limped off to be replaced by Alexis Sanchez and Juan Mata.

The home side never recovered their composure as PSG produced a stunning second-half display to all but book their place in the last eight despite David de Gea's best efforts in the United goal.

A brilliant team goal then doubled United's trouble soon after when Mbappe was again too quick for Victor Lindelof and Eric Bailly to meet Di Maria's low cross.

"The first goal is always going to be important and the way we concede it is disappointing," added Solskjaer.

" Thereafter only De Gea stood in the visitors' way as he stayed big to block Mbappe's attempted chip as he bore down on goal again before Juan Bernat's rising drive was then diverted wide.

And any hope of a United comeback in Paris suffered another huge blow when Pogba was dismissed late on for catching Dani Alves with a raised boot.