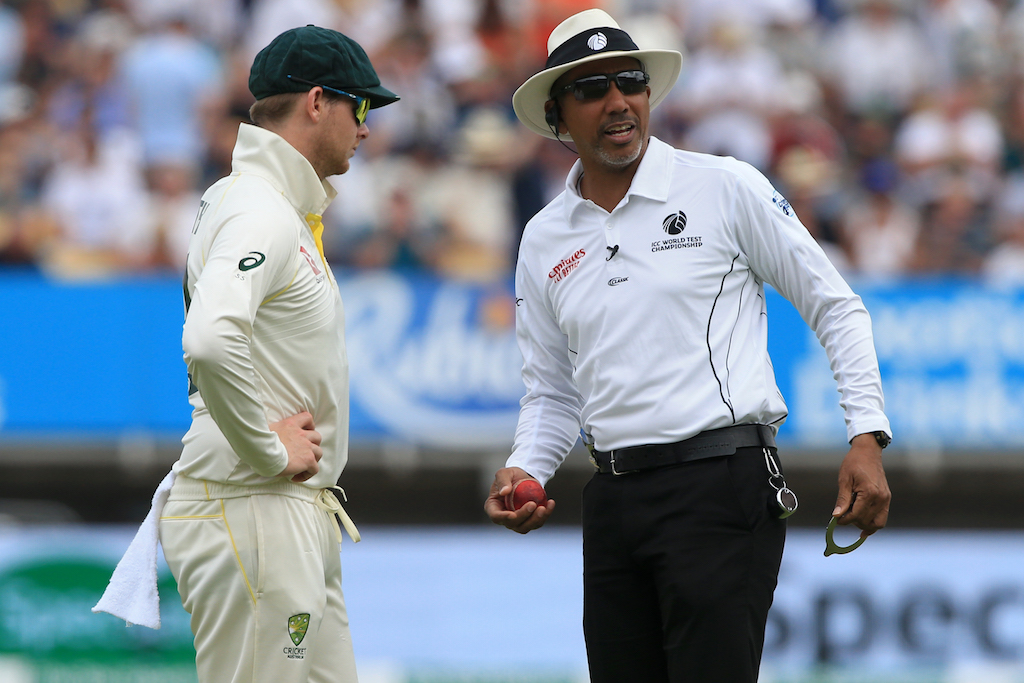 Umpire Joel WIlson checks the shape of the ball as Australia's Steve Smith (L) looks on during play on the third day of the first Ashes cricket test match between England and Australia at Edgbaston in Birmingham, central England on 3 August 2019.

LONDON - The MCC cricket committee has played down calls for neutral umpires to be replaced in Test cricket after Joel Wilson's decisions in the first Test between England and Australia came in for widespread criticism.

West Indian umpire Wilson had eight decisions overturned by players from both teams at Edgbaston, while his fellow umpire Aleem Dar also made several errors in the Ashes clash.

Many observers claimed the best umpires in the game should be on duty for what remains cricket's highest-profile Test series, regardless of whether they were born in England or Australia.

"I think the feeling is still that neutrality works.

Unfortunately, there is still quite an imbalance in the ICC elite panel," said John Stephenson, head of cricket at MCC, the guardians of the sport's laws.

Currently, seven of the 12-strong elite panel hail from England or Australia and it appears investing more in raising the umpiring standard across the globe is a preferable option to ending a ruling dating back to 2002.

Former Australia captain Ricky Ponting, who sits on the committee, brought the issue to the table during a two-day meeting at Lord's.

"It was a bit of a focus during the last Test match and Ricky mentioned the possibility of bringing back non-neutral umpires," Stephenson added.

"It's probably a good time for the base to be broadened, maybe something should be done to train up more umpires to get them to elite level around the world."