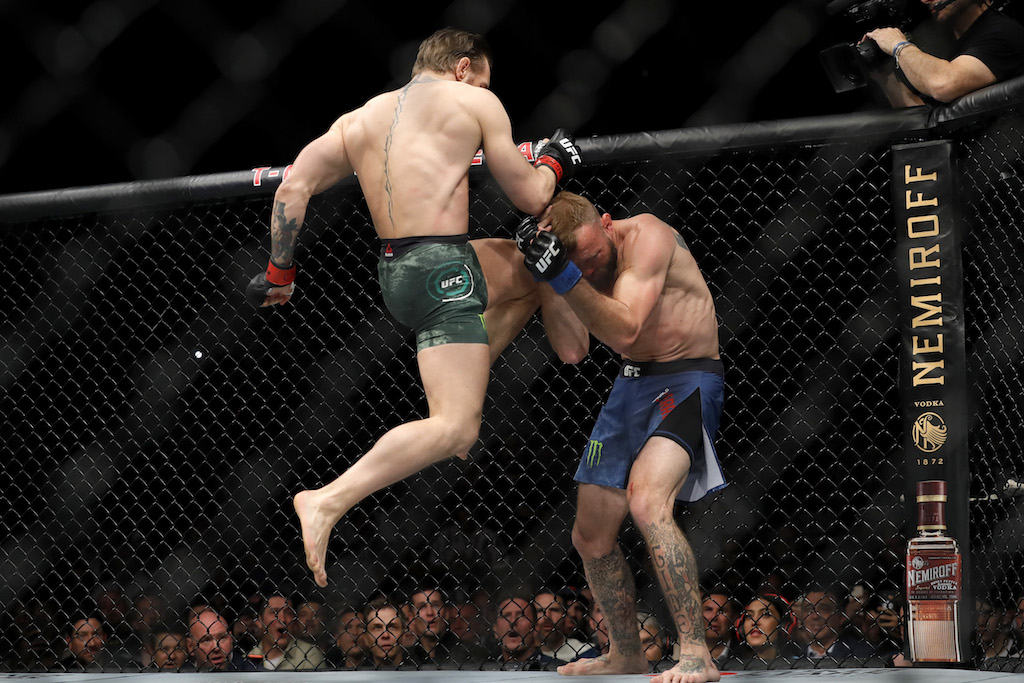 Conor McGregor lands a knee to the face of Donald Cerrone during UFC246.

LOS ANGELES - Conor McGregor made a triumphant return to the UFC octagon on Saturday, pummelling Donald "Cowboy" Cerrone for a technical knockout victory in just 40 seconds.

The mixed martial arts superstar from Ireland -- returning to the Ultimate Fighting Championship for the first time since he was battered into submission by arch-rival Khabib Nurmagomedov in October 2018 -- overpowered his American foe without ever being tested.

After missing with a first punch, McGregor immediately bloodied a clinching Cerrone's nose with an upward shoulder strike -- quickly followed by another.

As soon as Cerrone stepped back, McGregor caught him on the jaw with a high kick, then buried him under a hail of punches.

READ: McGregor seeks to emerge from controversy in UFC comeback

Referee Herb Dean stepped in to call a halt to the welterweight bout 40 seconds into the first round at the T-Mobile Arena in Las Vegas.

Although there was no title at stake, McGregor said the outcome was a harbinger of things to come.

"I like this (welterweight) division," he said. "I feel really good. I came out of here unscathed. I've got work to do to get back to where I was."

And while the UFC has stripped him of titles before, McGregor noted they can never take away the fact that he has posted knockouts in three divisions -- featherweight, lightweight and welterweight.

"Etch my name in the history books one more time," he said.