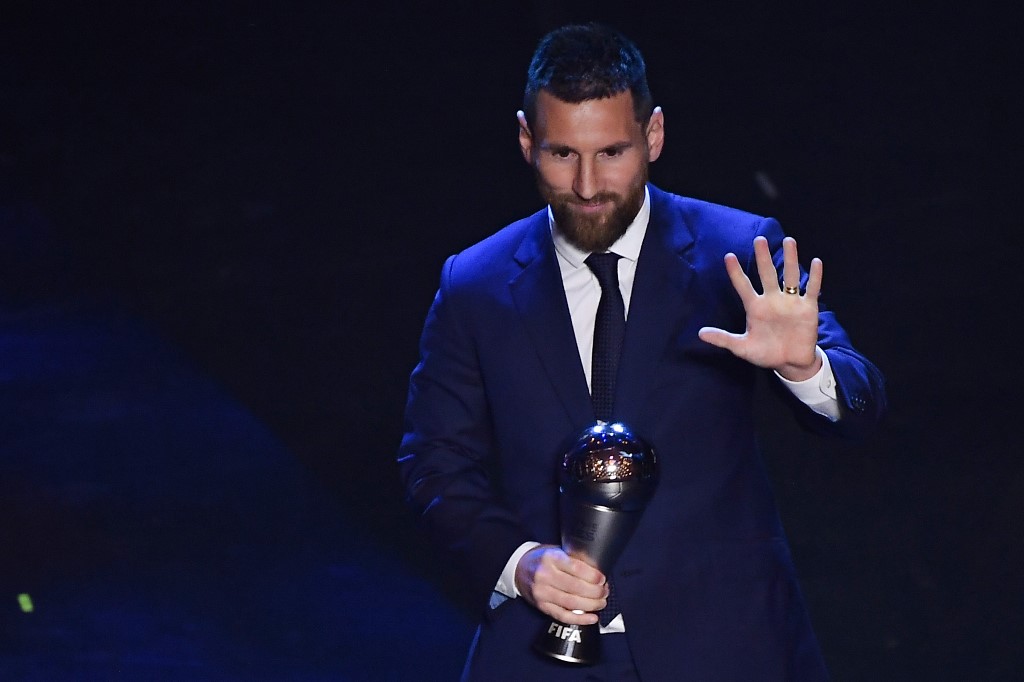 FILE: Argentina and Barcelona forward Lionel Messi reacts after winning the trophy for the Best FIFA Men's Player of 2019 Award, during The Best FIFA Football Awards ceremony, on September 23, 2019 in Milan.

PARIS - Lionel Messi may have had to stay put at Barcelona but the Argentine legend did succeed in joining one new club this year -- the one reserved for sporting billionaires, according to Forbes magazine.

The Argentine striker's career earnings of over $1-billion places the six-time Ballon d'Or winner in a group of mega-wealthy sports figures containing just Tiger Woods, Floyd Mayweather and his great rival on the pitch, Cristiano Ronaldo.

Forbes said that in 2020, Messi was the best-paid footballer in the world with an income of $126-million from his Barca salary and $34-million from sponsors and other sources.

The 33-year-old knocked Juventus forward Ronaldo ($117-million) off the top of the football salary chart with Paris Saint-Germain's Neymar ($96-million) in third place.

Forbes' top 10 earning players made a combined $570 million this season, a jump of 11 percent despite the disruption caused by the coronavirus pandemic to European leagues and the global economy.

Michael Jordan is also in the billionaire's club but the basketball legend's fortune has largely come after retirement through his longstanding contract with Nike and acquisition of NBA franchise Charlotte Hornets.

Messi remains at Barcelona this season after conceding defeat in his attempt to leave without triggering his 700-million euro release.