Messi out for PSG against Metz with bruised knee 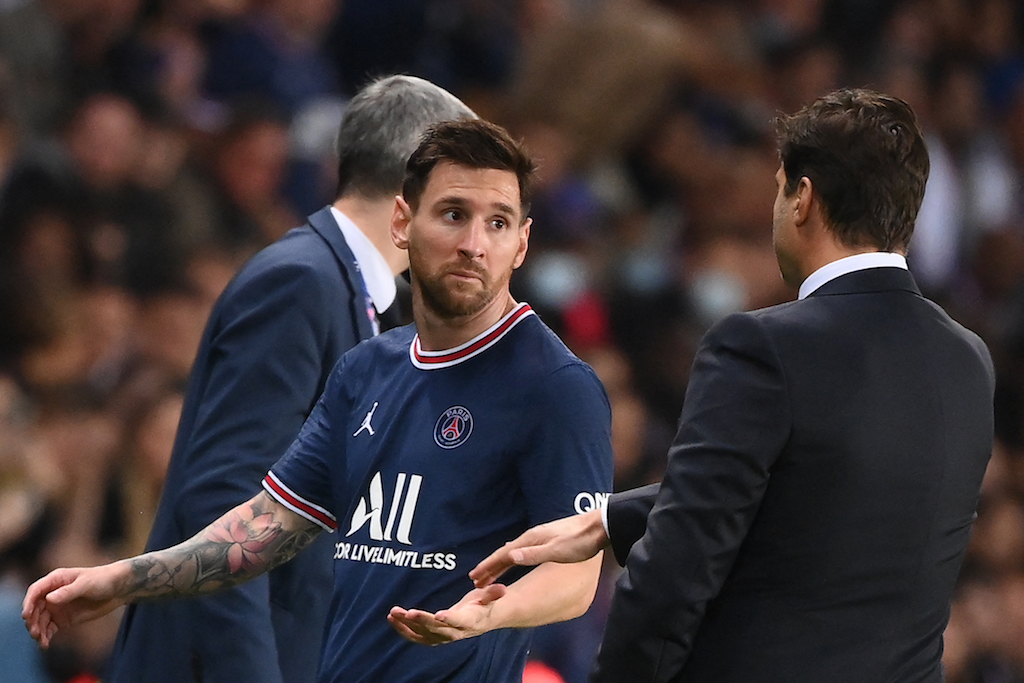 PARIS - Lionel Messi will miss Paris Saint-Germain's game away to Metz on Wednesday due to a knee injury, the Ligue 1 leaders announced.

The Argentine star underwent an MRI on Tuesday after taking a knock to his left knee. Results showed signs of bone bruising, the club said in its medical bulletin.

PSG said a further update would be provided over the next 48 hours, after the match at bottom side Metz.

Messi was replaced after 76 minutes of Sunday's 2-1 home victory over Lyon, in which substitute Mauro Icardi headed in a stoppage-time winner.

The 34-year-old appeared to reject Mauricio Pochettino's hand as he walked past his coach towards the Paris bench.

PSG have won all six of their matches in the French league this season.