Midfield battle one to watch in World Cup final 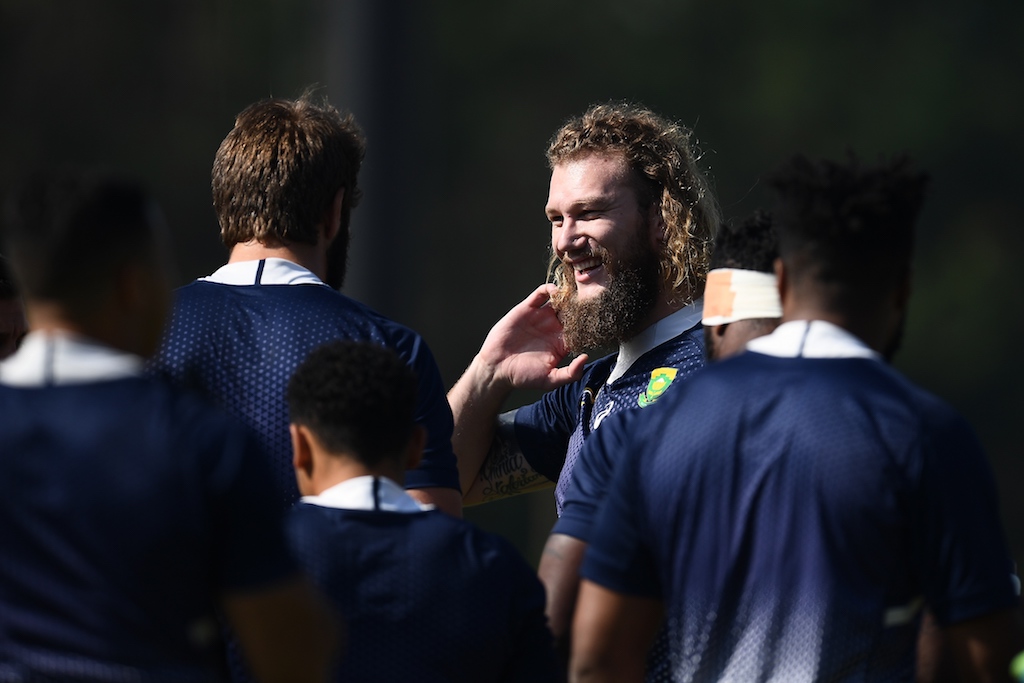 South Africa's lock RG Snyman (C) takes part in a team training session at the Arcs Urayasu Park in Urayasu near Tokyo on November 1, 2019, ahead of their final against England on November 2 in the Japan 2019 Rugby World Cup.

JAPAN - The adage that rugby games are won up front will never be more true than in Saturday's World Cup final when the massive, mobile packs of South Africa and England clash in Yokohama but the battle of the midfield could be just as crucial.

Ford took control of the flow of the game in the second half, while Farrell and Tuilagi kept the ball moving forward, and one of the men tasked with stopping the trio on Saturday admitted it would be quite a challenge.

"Every week is a battle, this week is a bit different," said Springboks inside centre Damian de Allende, who will link with centre Lukhanyo Am in a strong defensive midfield combination with big, physical flyhalf Handre Pollard inside the pair.

"Obviously Manu Tuilagi is a massive ball carrier and very powerful. It's just another challenge.

Ramaphosa: Blow your horns for the Boks

Ford and Farrell were impressive against the All Blacks, especially in attack. The duo are superb tactical kickers and passers who can shift the ball wide quickly to dangerous wingers Anthony Watson and Jonny May.

"They're both great players, both got a massive kicking game, also very good passers of the ball, they carry nicely as well, have very good vision as well," de Allende added.

While Ford was expected to be targeted as a weak defensive link last week by the All Blacks, the flyhalf stood firm and made 13 of his 15 tackles as New Zealand's forwards ran at him.

What that did was create a point of attack for the England loose forwards close to the ruck and allowed them to contest for turnover ball as he made his tackles.

South Africa coach Rassie Erasmus had expected England coach Eddie Jones to stick with the Ford-Farrell-Tuilagi axis because they gave the midfield balance and he trained the side specifically to face that combination this week.

"We have probably prepared the most for that," Erasmus said.

"That will unfortunately mean Damian will have to tackle and Handre will have to stand his ground, and Lukhanyo and Frans (Steyn) when he comes on, because those are hard runners and good hands.

"The way they are playing at the moment physically and dominating then striking really well from second or third phase ... there are not a lot of weaknesses."