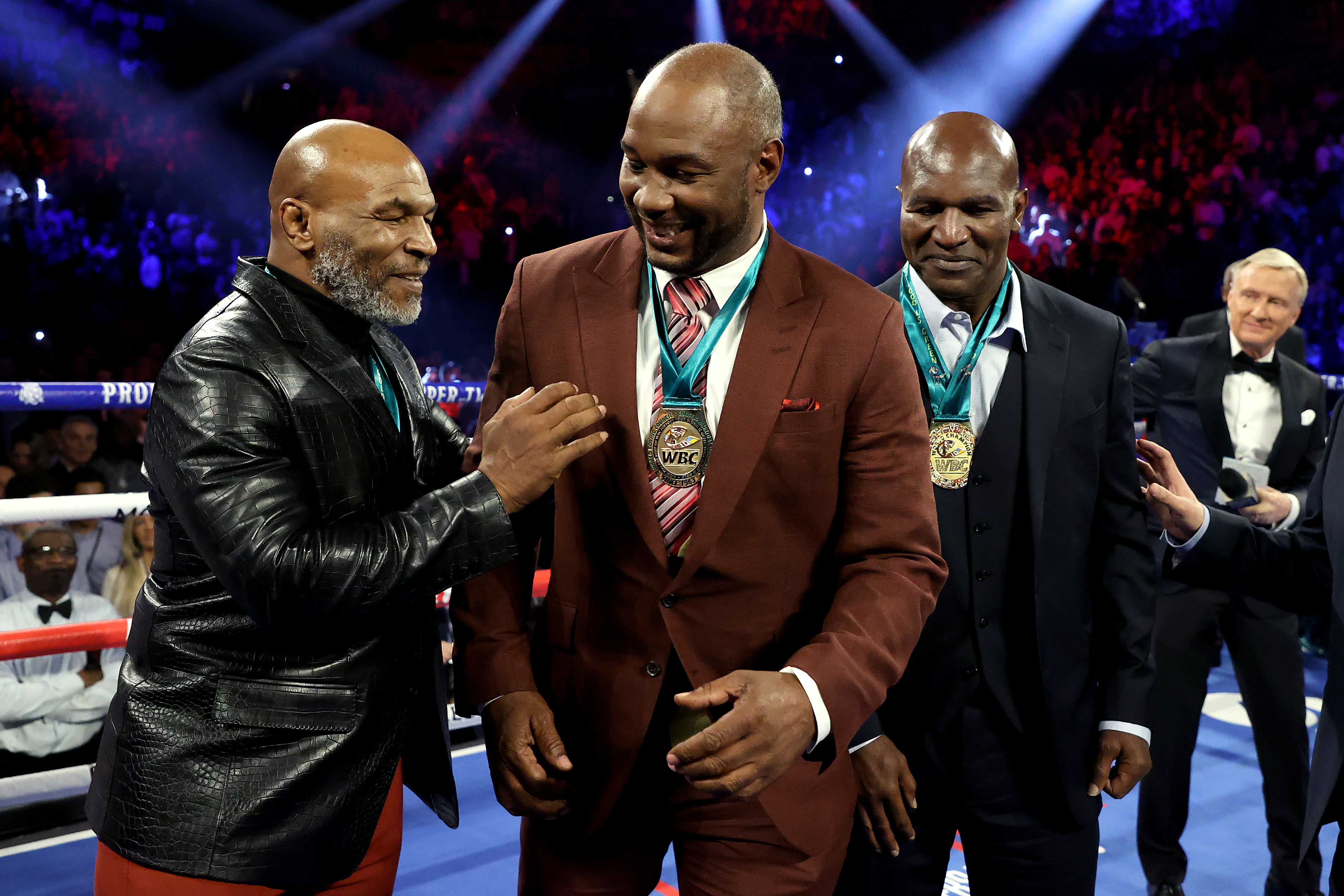 LOS ANGELES - Mike Tyson, the former world heavyweight champion who retired in 2005, said Thursday he will make a comeback at age 54, fighting Roy Jones Jr. on September 12 in Los Angeles.

On his Legends Only League website, Tyson announced the eight-round exhibition bout against Jones, a 51-year-old fighter who briefly held the heavyweight title and has fought consistently into his 50s.

"It's just going to be amazing," Tyson said on a video call on ESPN.

Tyson shrugged off any notion of danger for serious injury for himself or Jones, saying that California rules will require they both wear headgear for the fight.

"We're both accomplished fighters," Tyson said. "We know how to protect ourselves. We'll be alright." 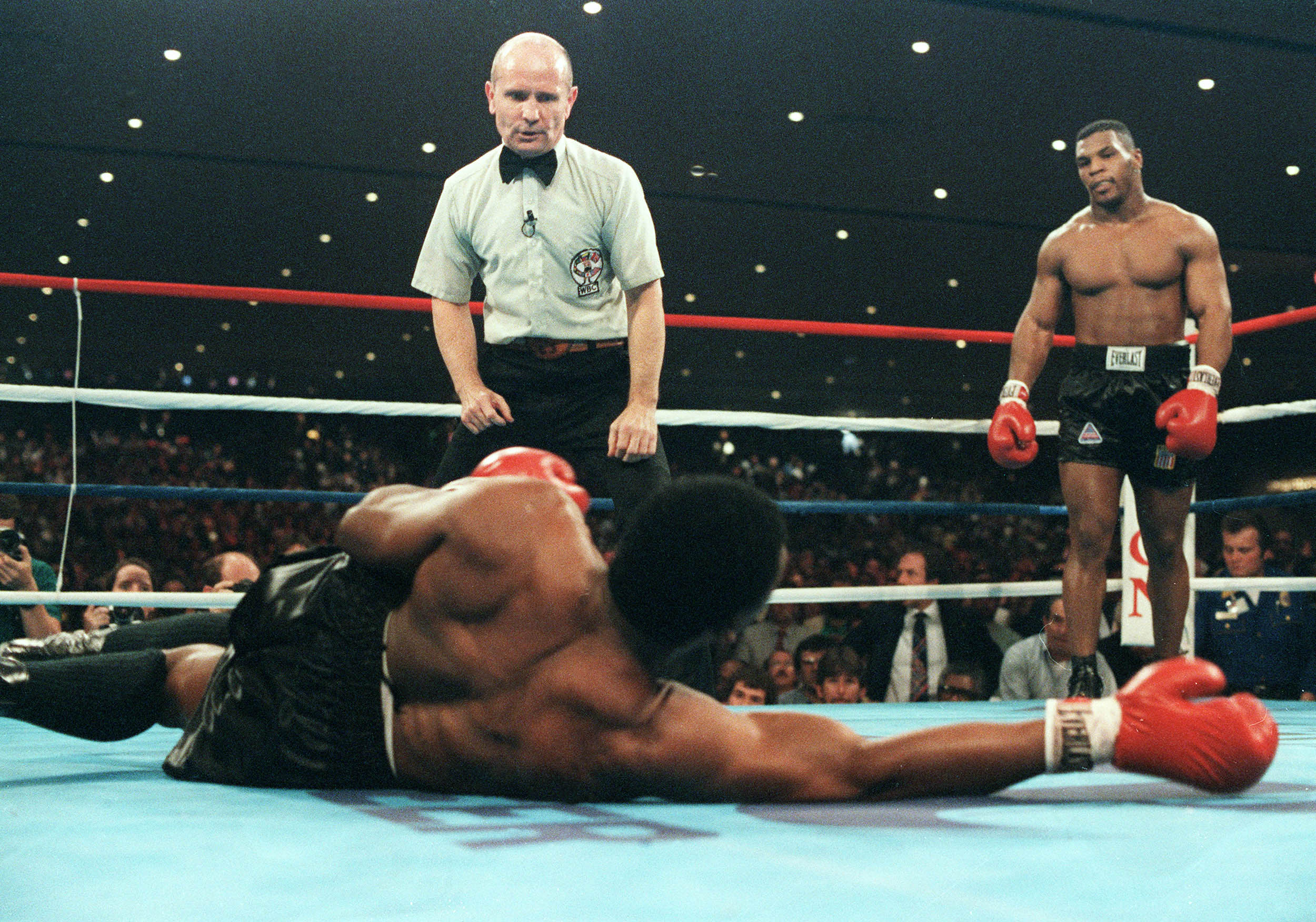 File: Challenger Mike Tyson (R) looks down at his opponent, champion Trevor Berbick as referee Mills Lane (C) begins the count, after knocking him to the canvass in this 22 November, 1986 file photo during their WBC Heavyweight title bout in Las Vegas, NV.

Tyson vowed it would be competitive rather than for show -- "we're showing our skills and fighting" -- and said he wants to recapture the fearsome form he once displayed.

In a battle for the aged, Tyson said he wants to show older can still mean exciting in the sports realm.

"It's because I can do it and I believe other people believe they can do it," Tyson said. "We aren't washed up. Somebody says over-age is washed up but they have a bigger fan base than the guys who are training now."

Tyson became the youngest heavyweight champion in history at 20 years and four months when he stopped Trevor Berbick in the second round in 1986 to win the World Boxing Council crown.

Within a year, Tyson was the undisputed champion and dominated the division, earning his nickname as "The Baddest Man on the Planet" and going 37-0.

But in February 1990 at Tokyo, Tyson suffered a 10th-round knockout at the hands of James "Buster" Douglas in a stunning upset.

He was arrested for rape in 1991 and convicted in 1992, serving three years in prison before his 1995 release and return to the ring.

Tyson regained the title but lost twice to Evander Holyfield, disqualified the second time for biting his rival's ear, earning a suspension that kept him sidelined for 18 months.

He had one last chance at the heavyweight crown, losing to Britain's Lennox Lewis in 2002, and retired after six rounds against Kevin McBride in 2005 in his final fight, days shy of his 39th bithday.

"I've been through some experiences and now I'm back here," Tyson said. "I've taken care of my body."

Jones has done much the same since winning his first middleweight title in 1993 and rolled through the super middleweight and light heavyweight ranks at 49-1 before dropping three fights in a row in 2004-2005.

His championship run included a 2003 victory over John Ruiz for the World Boxing Association heavyweight title, a crown he never defended before rejoining the light heavyweight ranks.

Jones fought at least once a year into 2018 but has spent more time as a commentator than fighter in recent years.