More frustration for Solskjaer as United held by Villa 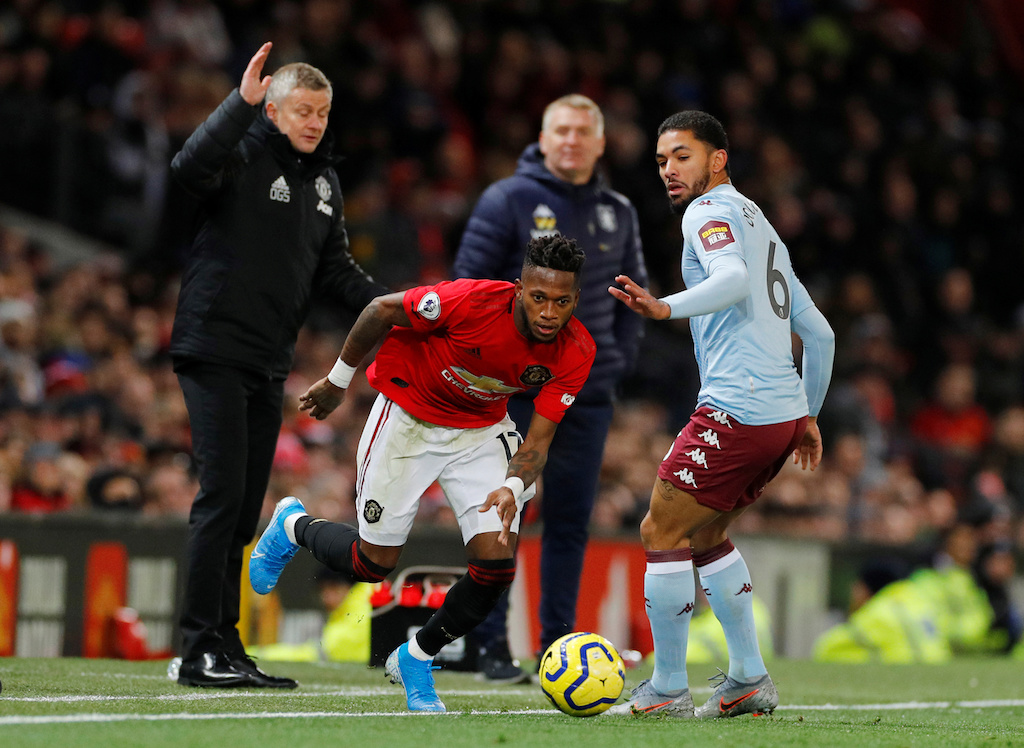 Manchester United's Fred in action with Aston Villa's Douglas Luiz during a Premier League match at Old Trafford in Manchester, Britain on 1 December 2019.

MANCHESTER - Manchester United manager Ole Gunnar Solskjaer suffered another frustrating afternoon as his team were held to a 2-2 draw at home to lowly Aston Villa at Old Trafford on Sunday.

After a wide open start to the game, Jack Grealish fired Villa ahead in the 11th minute, cutting in from the left and then expertly curling the ball into the far, top corner.

Villa substitute Trezeguet had the ball in the net in the 29th minute but his effort was ruled out for offside and three minutes before the break United got a barely deserved equaliser.

A short corner led to Andreas Pereira floating in a deep cross which Marcus Rashford rose well to head against the post with the ball bouncing in off helpless Villa keeper Tom Heaton.

It was another corner routine which led to United taking the lead in the 64th, this time Fred's cross was inadvertently headed to the back post by Villa striker Wesley and United's Swedish defender Victor Lindelof nodded home.

But the lead last only two minutes before Villa got back on level terms, the impressive Matt Targett chipping the ball into the box to an unmarked Tyrone Mings who volleyed home. While the defender looked offside, VAR correctly ruled the goal was valid.