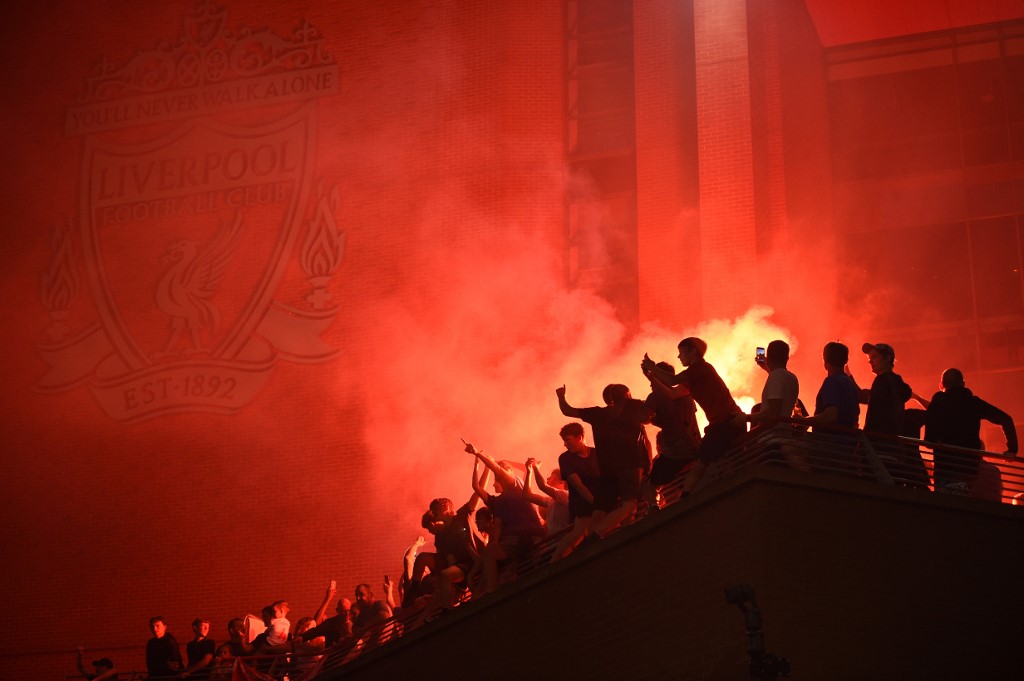 German coach Klopp won universal praise for his transformation of the club since taking charge five years ago.

Liverpool have not just won the league, but are on course to rewrite the record books.

Clinching the title with seven games to spare has never been done before and Manchester City's record 100 points tally and 19-point winning margin from two seasons ago are under threat.

Relief on Merseyside was all the greater after a three-month delay to the Premier League season due to coronavirus.

The Guardian's Barney Ronay said the title win was an "annihilation" and a culmination of 18 months of the players "playing through a kind of fury."

"Death, plague and economic collapse may have stalked the land, puncturing sport's ability to pretend the rest of the world is simply a subplot," he wrote.

"But sport has many functions beyond simply flag-waving and Liverpool's success will be deeply felt at a club where, as with every other club, football has always been a bit more than just football."

Ronay says Liverpool's players were on another level to their rivals, like the bully in the school playground.

From late summer into spring they seemed to be operating to a different set of physical laws," he writes.

"Marching the Premier League around in a headlock, ruffling its hair, flicking its ears."

The Daily Mail hailed the connection between Klopp and his adopted city.

"From the start, he and Liverpool felt made for each other," wrote Martin Samuel. "He got the club, he got the city, he got its people."

Klopp already delivered on his promise to win a trophy inside his first four years in charge with the Champions League last season.