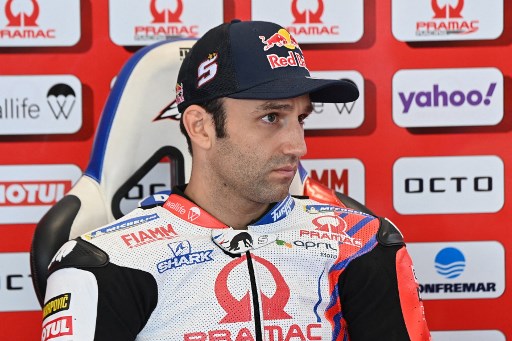 PARIS - MotoGP rider Johann Zarco underwent a successful "arm pump" operation and is expected to be fit for the Grand Prix of the Americas next week, his Ducati-Pramac team said Wednesday.

The Frenchman is the latest in a series of riders to undergo the surgery following problems with his right forearm.

Championship leader Fabio Quartararo had a similar procedure performed in May.

Zarco came second in four of the first seven races this season but has not registered a podium finish in the seven Grands Prix since.

He is fourth overall and 93 points behind compatriot Quartararo with four races remaining, starting with the October 3 event in Austin, Texas.

Jack Miller, Iker Lecuona, and Aleix Espargaro have also undergone surgery this season to treat arm pump, a muscle and nerve condition that causes pain and swelling in the affected areas.