Nadal eases past Wawrinka as Djokovic sets up Tsitsipas clash 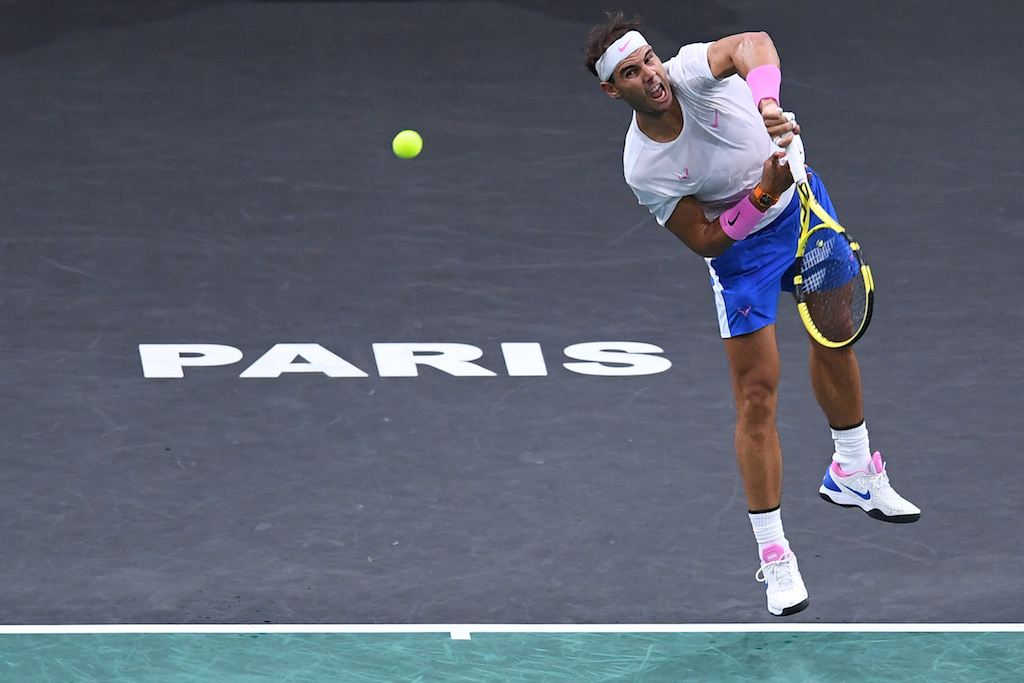 PARIS - Rafael Nadal and Novak Djokovic continued their battle for the year-end world number one ranking as both players reached the Paris Masters quarter-finals with wins over Stan Wawrinka and Kyle Edmund respectively.

The 33-year-old Nadal is already guaranteed to usurp Djokovic at the rankings summit next week, but winning a maiden Bercy title would also secure the year-end top spot before next month's ATP Tour Finals in London.

He produced an impressive display to take his career head-to-head record against three-time Grand Slam champion Wawrinka to 19-3 with a clinical 6-4, 6-4 victory.

Nadal will face 2008 champion Jo-Wilfried Tsonga in the quarter-finals after the French wildcard saved two match points to edge out Germany's Jan-Lennard Struff 2-6, 6-4, 7-6 (8/6).

"I have a match against a player that is playing well," said Nadal. "I need to do a lot of things well, but I hope to be ready to make that happen."

Top seed Djokovic needed seven set points in the first set before beating Edmund with relative comfort by racing through the second to make his eighth quarter-final in the tournament.

"I was feeling energy-wise better and felt more alert, just more strength, more energy, more speed," said the 32-year-old, who has been struggling with illness this week.