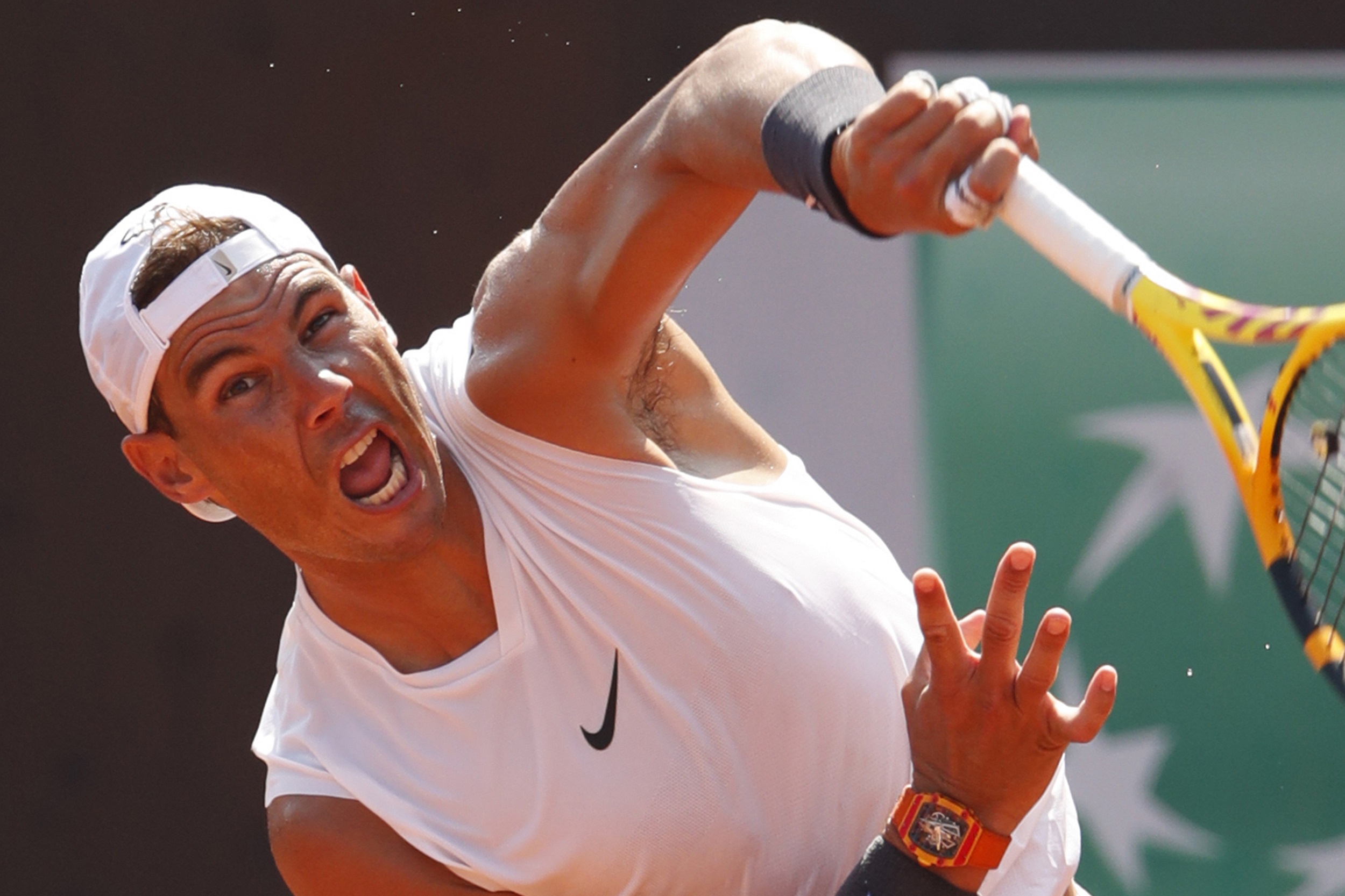 Rafael Nadal of Spain serves during a practice session on day one of the Internazionali BNL D'Italia ATP tour at Foro Italico.

ROME - Rafael Nadal returns to competition after a six-month enforced break while Novak Djokovic is looking to make up for his US Open disqualification as the short clay-court season got underway in Rome on Monday without spectators.

"Obviously, it's not the same thing. There is no public, we are in a bubble, we cannot enjoy the city," said Nadal, who will play his first competitive match since his win in Acapulco at the end of February.

"But at least we have a tennis tournament."

Nadal is the second seed behind world number one Djokovic in the tune-up for the final Grand Slam of the season at the French Open on September 27.

Professional tennis was shut down from March until early August.

And the world number two opted out of the US hard court tour because of coronavirus concerns and citing the "madness" of the new calendar.

"I am similar to always, maybe a little bit worse because I didn't compete for the last six months," he said.

"But here I am. I arrived with plenty of time to try to have the right practices.

READ: Djokovic disqualified from US Open

"It's going to be a good test. I'm excited about going back to the competition without big expectations."

Four-time Rome winner Djokovic, who has reached nine finals in the Italian capital, wants to turn the page on his dramatic disqualification in the round of 16 at the US Open, after throwing the ball involuntarily at a lines judge.

"It's great that I have a tournament right after that happened, because I feel like the earlier I get back in a competition mode, the faster I'll overcome that memory and kind of reprogramme it," the Serb told reporters in the Italian capital.

"When you hit a ball like I did, you have a chance to hit someone on the court. The rules are clear, I accepted that.

"I'm going to take this in, you know, as profound as possible for me as a big lesson."