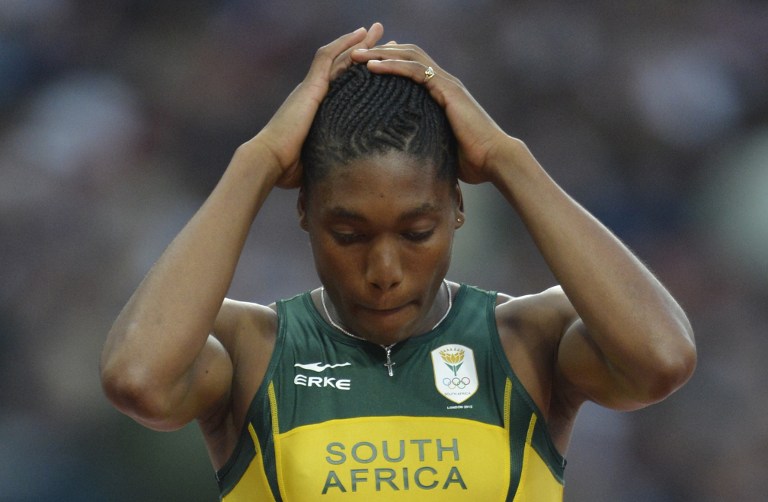 South Africa's Caster Semenya reacts after the women's 800m final at the athletics event of the London 2012 Olympic Games on August 11, 2012 in London.

The IAAF ordered athletes like Semenya to use medication to lower unusually high levels of testosterone as they are perceived to have an unfair advantage in running events.

Mbete and Modise called for the association to be condemned by human rights activists worldwide.

They accused the IAAF of making a mockery of the physiques of African women.

"Such an act should be rejected with the contempt it deserves as it threatens, not just Caster’s career, but the sacrosanct principles of fairness, justice and equality in global sports. The act also threatens the entire generation of young girls from rural and disadvantaged backgrounds who are inspired by her to break the proverbial glass ceilings in their careers of choice," the presiding officers said.

"The IAAF&39;s conduct is a danger to the future of next generations of particularly African sportswomen, who will be confronted with similar apartheid-type targeted regulations if their talent and hard work become a threat to their counterparts from the rest of the world."

Parliament also committed to working with government in an effort to support Semenya in her battle against the new regulations.