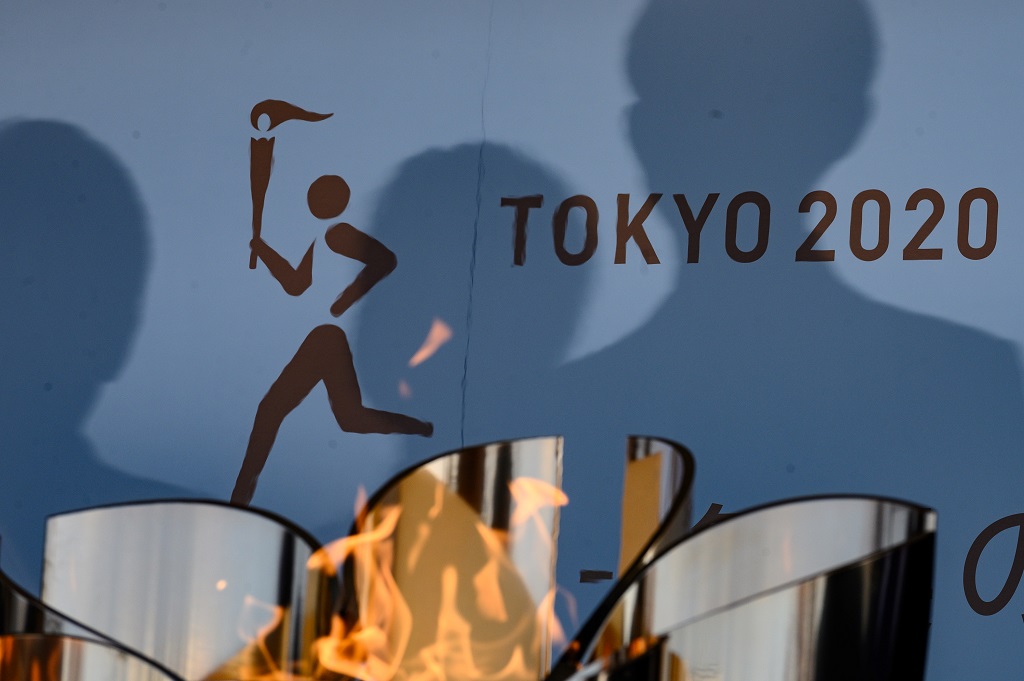 The logo for the Tokyo 2020 torch relay is pictured as the Olympic flame goes on display at the Aquamarine Fukushima aquarium in Iwaki in Fukushima prefecture on March 25, 2020, the day after the historic decision to postpone the 2020 Tokyo Olympic Games.

JAPAN - The Tokyo 2020 torch relay, which was put on hold when the Olympics were delayed over the coronavirus, will start next March from Japan's Fukushima region, organisers said Monday.

The Olympic flame had already arrived in Japan from Greece and the relay was days from beginning earlier this year when organisers and Olympic officials took the historic decision to postpone the Games by 12 months.

The flame is currently on display in Tokyo.

The relay will now start on March 25, 2021, beginning in the Fukushima region hit by nuclear disaster after the 2011 earthquake and tsunami.

The relay, which will see the flame travel to all 47 prefectures of Japan, is being organised under the slogan "Hope Lights Our Way" and was intended to highlight reconstruction in areas devastated by the 2011 disaster.

"In the wake of the COVID-19 pandemic, it will additionally symbolise the light at the end of the dark tunnel; a beacon of hope for the world in the run-up to the Tokyo 2020 Games, themselves a symbol of the resilience, the unity and the solidarity of humankind," organisers said in a statement.

The route and the schedule for the relay will remain the same "in principle," though the statement noted that the route and celebration venues "may be reviewed in light of the Covid-19 situation."

The postponement of the Games has caused major logistical problems and extra expense for organisers.

As a result, organisers have been forced to identify a raft of cost-cutting measures, that will include smaller vehicle convoys for the torch relay and a simpler launch event.

The postponed Games are scheduled to open in Tokyo on July 23, 2021.