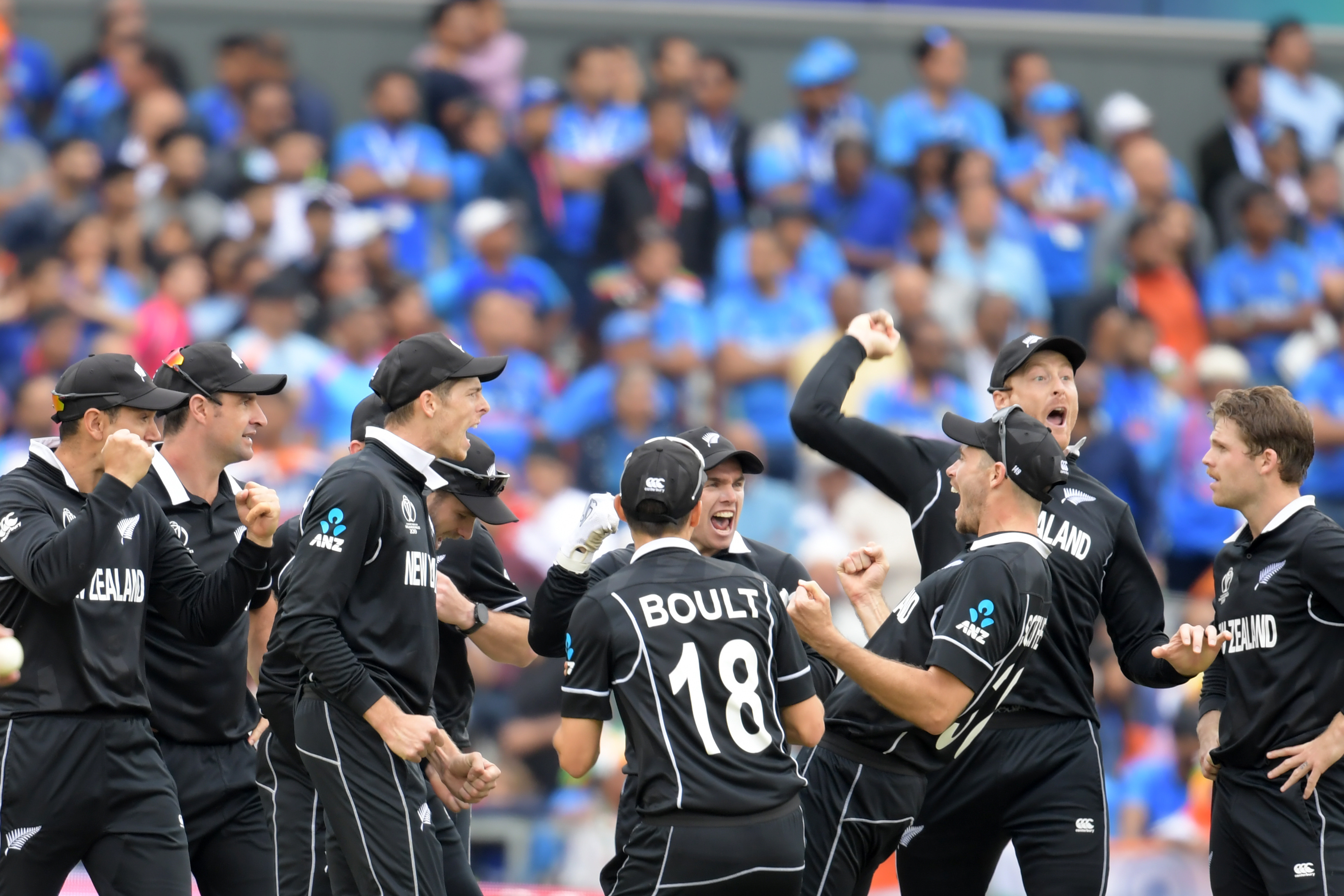 The Black Caps will play hosts England or holders Australia in Sunday's title match at Lord's after pulling off a remarkable triumph against two-time champions India.

New Zealand, beaten in the 2015 final by Australia, were restricted to just 239-8 after completing their 50 overs a day later than expected following the suspension of play due to rain on Tuesday.

But Kane Williamson's side bowled superbly to rock India, with three top-order wickets from paceman Matthew Henry proving the key contribution in dismissing the pre-tournament favourites for 221.