Next year's Africa Cup of Nations finals could be postponed 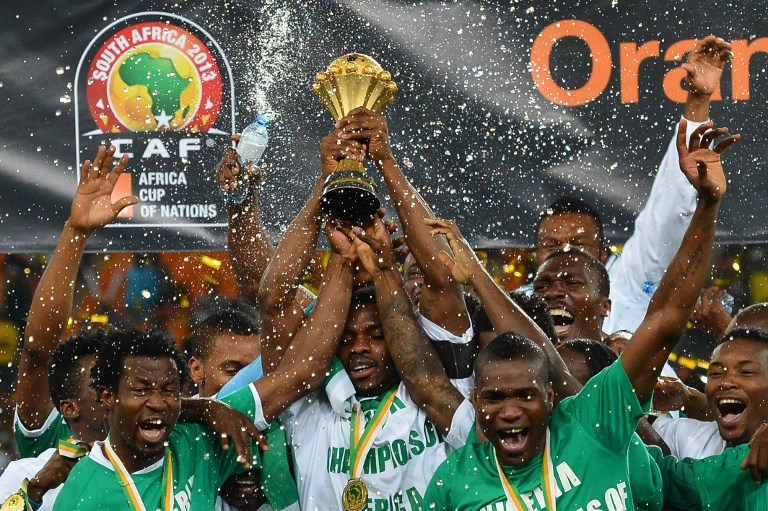 File: The African Champions League and African Confederation Cup were suspended at the semi-final stage.

CAPE TOWN - A postponement of January's Africa Cup of Nations finals could be on the cards when the Confederation of African Football (CAF) meet next week in the wake of the COVID-19 pandemic.

The Cup of Nations is set for Cameroon from 9 January to 6 February but appears increasingly under threat as time begins to run out. Qualifying is still far from complete and national team football on the continent is not due to resume before October in the wake of the novel coronavirus outbreak.

CAF's executive committee will meet in an online conference on Tuesday to decide what to do, and also set out a possible process for completing this season's two continental club competitions.

FIFA's decision on Thursday to cancel September's window for national team matches in all regions, except Europe and South America, has left CAF with fewer dates to try and complete the competition’s qualifying campaign and the finalise the field for the 24-team tournament.

There are still four rounds of qualifiers to play and although they could yet be scheduled for October and November, that would mean having to postpone the start of the group phase of 2022 World Cup qualifiers.

There is also the squeeze that hosting the Cup of Nations next January would place on domestic competition, with the 2020-21 season in most of Africa’s major leagues set to start late as they seek to first complete current campaigns which have been suspended by the pandemic. Most African leagues are halted mid-season to make space for the Cup of Nations.

"The Cup of Nations could be pushed back by 12 months," a senior official told Reuters, asking not to be identified, although general secretary Abdelmounaim Bah told reporters last week the best option remained its current dates.

The African Champions League and African Confederation Cup were suspended at the semi-final stage and CAF will have to come up with a creative plan to finish the competitions with borders mostly shut, flights suspended and football stopped across the continent because of the pandemic.

CAF must also decide whether to cancel this year’s African Nations Championship, which was due to be played in Cameroon in April. It is the tournament hosted every two years for quasi national teams made up of home-based players only.

READ: Want to put together a winning AFCON team? Here’s the formula​​​​​​​

A decision must also be made on the African women’s championship, scheduled for November but with qualification also far from complete.

But in this case, a postponement looks an easy decision to make because CAF have yet to find a venue for the tournament after Congo withdrew as hosts in July last year. (Editing by William Maclean)