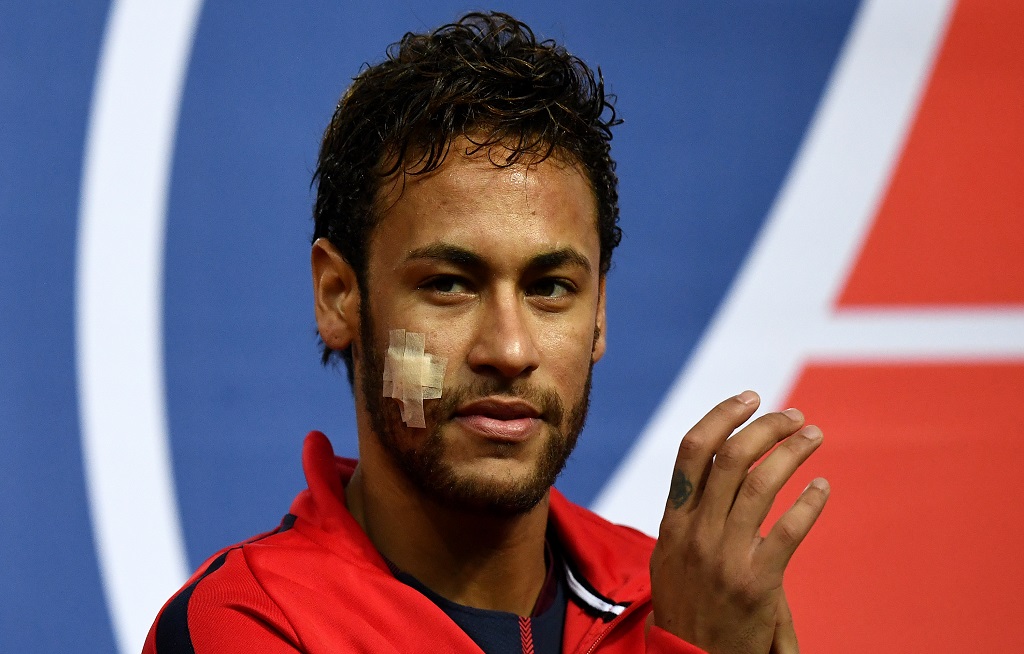 File: Paris Saint-Germain's Brazilian forward Neymar has accepted that he made a mistake by hitting a fan who insulted his teammates following their defeat to Rennes on Saturday.

PARIS, France - Brazilian superstar Neymar accepted on Sunday that he had made a mistake striking a fans who insulted Paris Saint-Germain players as they filed up to collect their French Cup losers' medals.

Neymar scored to put PSG 2-0 up after 21 minutes at the Stade de France on Saturday, but Rennes fought back to tie the game at 2-2 and win the penalty shootout 6-5 after extra time.

READ: Neymar: 'I couldn't look at a football' after the World Cup

As the players climbed the steps to receive their medals, shaking the hands of those nearby, Neymar, one of the last in line, struck one of the fans in the face. The blow was caught on numerous mobile phones, including that of the victim, Edouard, a 28-year-old delivery driver from Nantes.

"Did I act badly?" Neymar asked in an Instagram comment. "Yes. But no one can stay indifferent."

A Brazilian friend of Neymar's, Alex Bernardo, posted on Instagram a transcript of the comments audible on Edouard’s video starting with unused reserves goalkeeper Gianluigi Buffon and defender Layvin Kurzawa.

Then to Marco Verratti: "Oh, racist!" and to Neymar: "Oh, go and learn to play football."

The Brazilian striker reacted by pushing down the phone to hit Edouard in the face.

"Who will defend me from going in defence of my teammates?" Neymar wrote in a comment on Bernardo's post.

READ: Nothing is impossible', says Neymar after PSG lose to Real

PSG quickly responded with a statement that said that a "friend of a Rennes player had insulted all the players" to "create a buzz" on social media.

"I did not insult him," Edouard told French sports daily L'Equipe. "I told him that they had been useless."

"When the players passed, Verratti, Buffon, I mocked them: 'You are worthless. Allez Rennes!'"

Edouard said he had contemplated bringing charges against Neymar who left him with "a cut lip and bloody nose".

The blow continued a bad-tempered end to the evening for PSG. Neymar's strike partner Kylian Mbappe was sent off for a dreadful tackle with two minutes left in extra time.

The defeat ended PSG's four-year reign in the French Cup and means that, while they have retained the French league, they have won none of the cups they entered this season, with the most painful their exit at the last 16 stage of the Champions League to Manchester United.