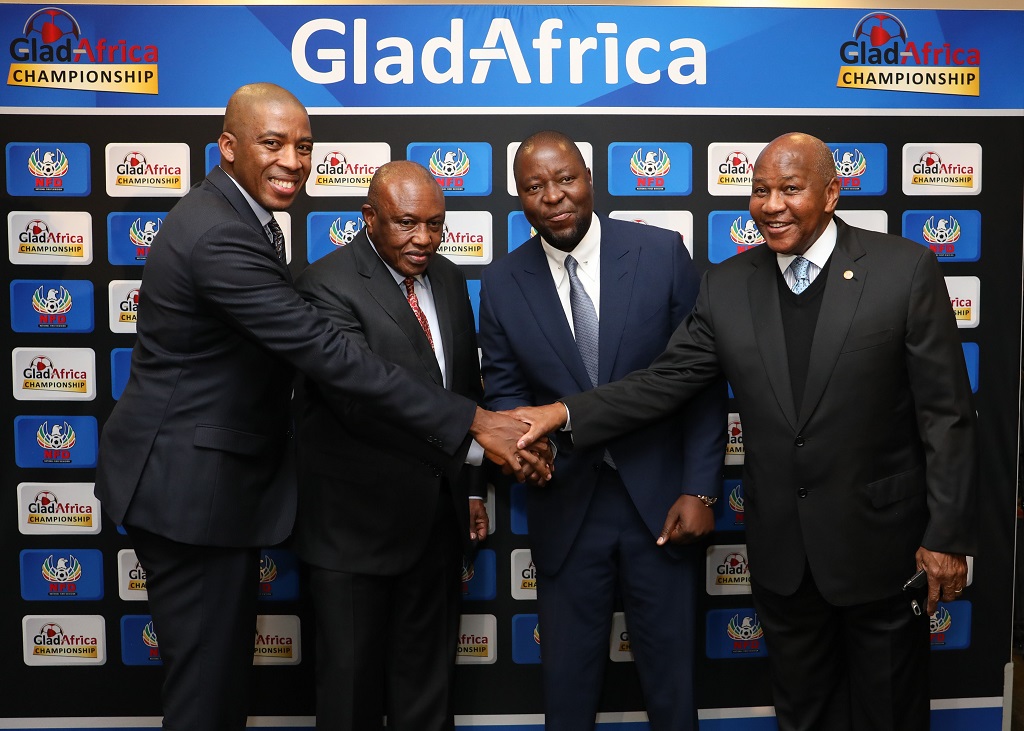 Kulani Curtis Lesebe (Group chief executive officer of GladAfrica), Dr Irvin Khoza, Chairman of the PSL, Noel Mashaba (founder and Executive Chairman of GladAfrica) and Kaizer Motaung during the announcement of GladAfrica Group as the title sponsor of the National First Division at PSL Offices on August 01, 2019 in Johannesburg.

JOHANNESBURG - The GladAfrica Group has been announced as the new official sponsor of the National First Division.

Premier Soccer League Chairman Irvin Khoza made the announcement on Thursday at a press briefing in Johannesburg.

The deal runs for five years with the winner of the league pocketing R3-million -a significant increase compared to the previous R300,000

Runners up will earn R1,5-million with a third-place finish guaranteeing R1-million.

"Today we are making a momentous announcement. GladAfrica is joining a club of drivers that are sponsors of football. We commend the leadership of GladAfrica for being visionaries for having the foresight to understand the development of football in the country, Khoza said.