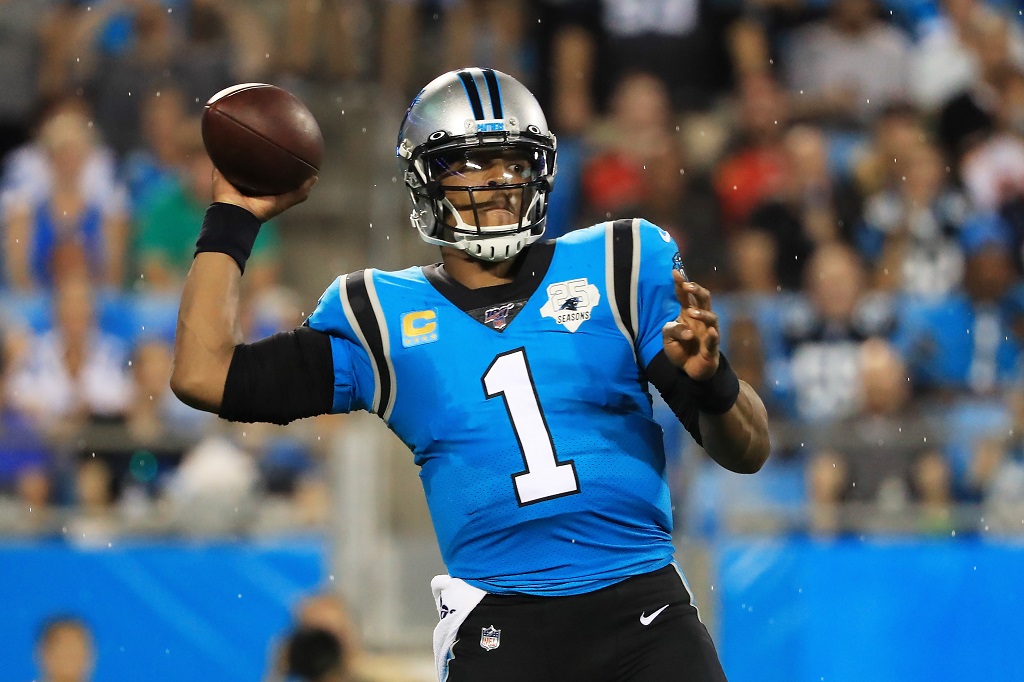 In this file photo taken on September 12, 2019 quarterback Cam Newton #1 of the Carolina Panthers looks to pass in the first quarter against the Tampa Bay Buccaneers game at Bank of America Stadium in Charlotte, North Carolina.

NEW YORK - The NFL will play "Lift Every Voice and Sing," a song often referred to as the Black national anthem, prior to the kickoff of Week 1 games, a source familiar with the league's discussions told Reuters on Thursday.

The song, written by James Weldon Johnson and his brother J. Rosamond Johnson in the early 1900s, will precede the traditional pre-game playing of the "Star-Spangled Banner," the official national anthem.

The season will open Sept. 10 with the Houston Texans visiting the Super Bowl champion Chiefs in Kansas City in a nationally televised game.

"Lift Every Voice and Sing" will also be played during the full slate of Sunday afternoon games and then Sunday Night Football and the two ESPN Monday night games.

During the 2016 season, San Francisco 49ers quarterback Colin Kaepernick took a knee during the playing of the "Star-Spangled Banner" to protest racial injustice and police brutality and said he was denied a job in the league after the gesture sparked controversy.

His protest came under renewed focus in recent weeks as demonstrations spread across the country after George Floyd, a Black man, was killed in police custody in Minneapolis in May.

NFL Commissioner Roger Goodell last month said the league had made mistakes in not listening to players. He said he would encourage teams to sign Kaepernick, adding the NFL would also welcome the quarterback's off-the-field guidance on social justice.

The league is working with players to recognize victims of systemic racism through a variety of activities, the source said.

Among items being discussed is the possibility of putting names of victims of police violence on helmet decals or jersey patches and airing public service announcements about the victims and their families.